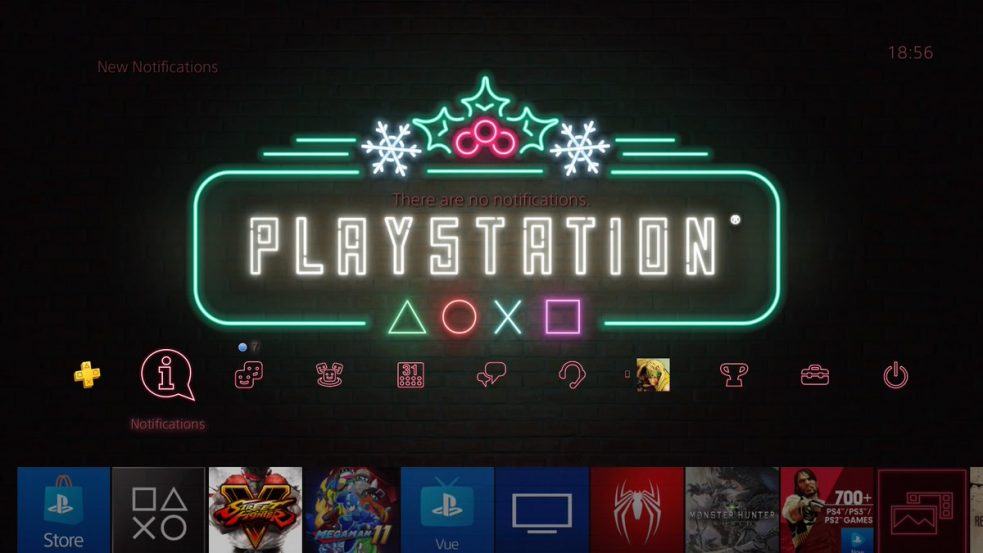 Sony has confirmed it is skipping E3 2019. This raised a lot of questions regarding the reveal of PlayStation 5. However, seems like Sony has teased the PlayStation 5 announcement for 2019 through its PlayStation Holiday Theme.

This year’s PlayStation Holiday Theme contains a hint regarding the PlayStation 5 announcement. The hint itself is a very subtle one, if you look in the image below, Sony has replaced the “S” with “5”.

It might be a small reference or might be nothing at all. But, Sony including a reference to its next-gen console in this year’s PlayStation Holiday Theme doesn’t seem like a coincidence. We will have to wait and see how this turns out.

If this hint turns out to be true then this falls in line with AMD’s confirmation that PS5 and Xbox Scarlett will launch in 2020. According to AMD CEO, Lida Su, the company expects “significant growth” in the APU chip segment starting from 2020 and onwards.

Microsoft and Sony are the biggest consumers of AMD APU chips as Xbox One and PS4 already use them in the form of AMD Jaguar. This sort of confirms PS5 and Xbox Scarlett release for 2020.

Speaking of the PlayStation 5, Sony has a region lock in place for its PlayStation Store. Users have been asking Sony Interactive Entertainment to make the PSN Store region free.

It seems that Sony has heard its fans as PlayStation Store is now region free in Europe. Aside from the region, the users are also allowed to select the language for their PSN store.

This region-free policy for the PlayStation Store might go global. However, it is unknown if the region change will keep your PlayStation library intact or allow players to buy DLC through a different region.

This is not the only act of leniency from Sony as Sony licensed its PSVR design to Lenovo to develop Mirage Solo VR headset. Lenovo Vice President Yao Li noted that the agreement will enhance the design sophistication.