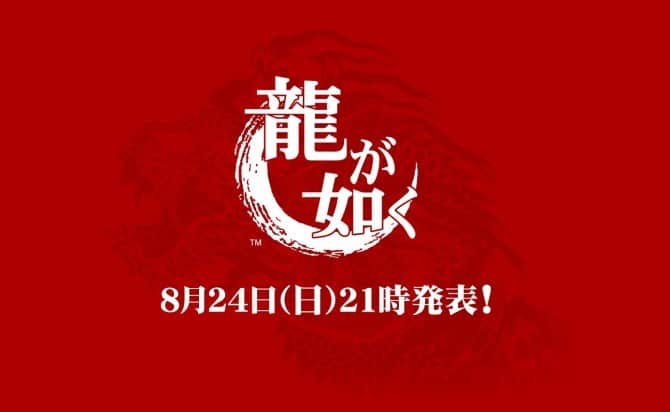 A new teaser website launched today by Sega hints towards a new Yakuza game that will be exclusive to the PlayStation platform.

According to the welcoming banner on the website, the game will release only for the PlayStation 3 and PlayStation 4. There wasn’t any more information to suggest whether this will be a timed-exclusivity or not.

From the looks of it, the new Yakuza game could very well release only for the PlayStation platform; just something for Sony consumers to brag about.

Development of the latest installment in the Yakuza franchise was announced last month. Today we get to know that the game will be officially unveiled on August 24.

The last Yakuza Ishin title was announced around the same time last year, August 18. Speaking of which, fans would be more concerned about whether this latest title will be localized or not.

Yakuza Ishin and its predecessors, including Yakuza 5 and Yakuza 1 & 2 HD Collection, were all released in Japan only. There’s a probability that the new Yakuza game follows suit as well.

According to Sega, the new Yakuza is a part of the main series and not a spin-off title. What are the chances that it’s simply called Yakuza 6?