PlayStation 4 Pro Special Edition Pre-Orders Sold Out, Got One? 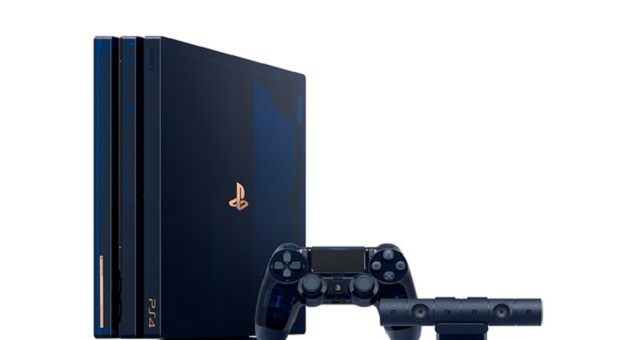 It might not be hard to see that while PlayStation 4 has entered the final stage of its lifespan, Sony is cashing in on every aspect of this amazing console before the next gen rolls out. At this very moment, PlayStation 4 Pro Special Edition pre-orders have been completely sold out.

If you are an interested party, then you would already know that the Pre-orders started on 15th August 10 am Wednesday and right in the first wave all of the stock was out in minutes. However, for those interested, further stock is also expected, so stay sharp.

Now it is pretty remarkable for a console that seems to have entered the final stage of its lifespan. Before Sony announced the next-gen console and PS4 entering its final stage, we had ex-PlayStation Boss Andrew House, highlight the fact that PS4 still has a lot of potential and life left.

So apparently now it seems to reason to the fact that perhaps he was correct, in fact accurate, if modestly said. Even knowing that we can expect the next-gen PlayStation sometime around 2020, it seems to be that the sales and excitement for this leading console, have only increased.

The best part is that the company is aware of it and they already are cashing it in. Like even the PS4 controller sales seem to have skyrocketed. In fact, have you seen the new PS4 Model CUH-2200 which the Sony has recently introduced? Well if that is not Sony marketing its product then what is, right?

With all that said, we certainly can not deny that this PlayStation 4 Pro Special Edition version, actually is amazing. a translucent blue case alongside 4 matching DualShock controllers, all the while bringing in a 2TB space is something that a fan can not pass by.

With all that said, What are your thoughts? Let us know in the comments below.