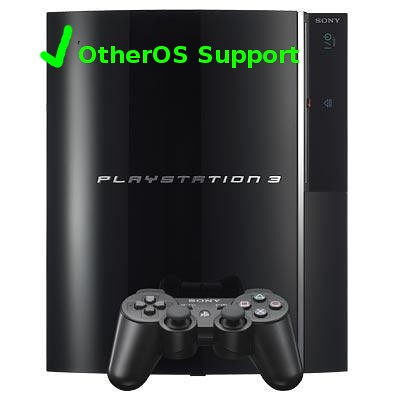 KaKaRoTo has released tools that will allow you to install your own created Playstation 3 custom firmware. Here’s what he had to say about it.

Thanks to the tools made by the fail0verflow team (and thanks to sven in particular for his work on the pkg/unpkg tools), the first “Custom Firmware” is now available for the PS3!

But, does it supports Piracy ? or backing up games ?. NO! A BIG NO. Here is KaKaRoTo explaining why he opted to keep Playstation 3 safe from Pirates.

The advantage here is that you can do it for any firmware, if you want to keep version 3.41, then give it the 3.41 update, if you are on 3.55 already and can’t downgrade, then run the script on the official 3.55 firmware and it will create a modified 3.55 firmware.

You can put the file in a USB drive under the filename “PS3/UPDATE/PS3UPDAT.PUP” and then go to system update in the XMB, and it will allow you to install the update (even if you’re already on 3.55).

People are asking what are the features of this firmware, it’s simple, all it does is to add those “Install Package Files” options to the Game section of the XMB. It doesn’t do anything else!

This firmware will not allow you to run the currently available homebrew application. Once the homebrew developers re-package their files in a ‘retail’ .pkg format with signed executable, then it will work (this should be coming soon thanks to the work of the fail0verflow team).

Since the kernel is left unmodified, this means that this custom firmware is really meant for future homebrew installation, and it will not allow piracy. I plan on keeping it that way.

This is just the first attempt at custom firmware, and it only contains a minor modification to allow you to install pkg files directly, eventually we’ll get some more options added to it in the future. This is just starting to get interesting!

Well OK! that’s pretty good but will that stop others to do what you didn’t ? No, A BIG NO!.