PlanetSide 2 Facilities Guide – Types And How To Capture 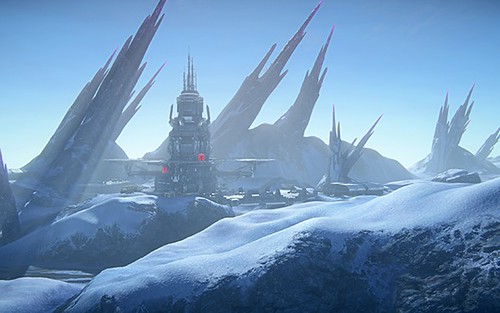 The mass scaled warfare of PlanetSide 2 wouldn’t be as exciting as it is without the inclusion of the monolithic facilities that can be found on the battle-torn world of Auraxis.

Facilities aren’t just an aesthetic inclusion in the multiplayer game; they are actually key colossal locations that give you various benefits, and often you are required to capture them as an objective. This makes facilities the biggest and one of the most important territorial capture points on hexes.

Planetside 2 – Facilities Capture
In order to capture Facilities (also called Bases), an empire/faction must capture and hold the various control points located in or around the Facility. Once the domination meter of that empire for respective facility is full, the empire owns the Facility, and its soldiers can enjoy the benefits that it offers.

Just as one empire succeeds in capturing a Facility, naturally in due time the oppositions will also attempt the same, and hence it is up to that empire to defend its facility. The domination meter of the defenders’ increases faster than that of the invaders/attackers.

There are three main types of Facilities in the game. These Facilities greatly differ from one another in terms of structure, locations, and setup. Thus, it is difficult to construct firm tactics of invading/defending a specific type of Facility; that tactic may work in one continent or one location, but it will not work in another.

Bio-Lab
Bio-Labs are towering dome-shaped facilities boasting a barrier to prevent any sort of aerial intervention. Thus, accessing or attacking this facility from aircraft vehicles is nearly impossible. The dome itself contains many smaller buildings.

At the bottom of the Bio Lab is a shielded area with vehicle spawn pads and inventory stations. This is a key area for carrying out defense of the facility. Capturing the Bio-Lab will grant that empire’s personnel passive health regeneration bonus provided the infantry is on any of the connected hexes to the facility.

Tech Plant
The Tech Plant is a massive facility featuring a huge central structure and surrounding smaller buildings. The central main structure is protected mostly by force fields, except for two doors that can be used to infiltrate it. These force fields can be turned off by destroying the Shield Generator.

There is also the Control Node inside the super structure on the upper platform. There are also several Vehicle Terminals inside this structure. The buildings surrounding the large structure also a neighbor, a spawn room and a vehicle ammo silo. The spawn room also contains a teleporter that links to the main central structure. Two other teleporters link the ground level of the superstructure to the air pads on top.

The top of the main structure has some flak turrets and the vehicle terminals. The central terminal can spawn the colossal galaxy transport air ship. Capturing a Tech Plant allows Main Battle Tanks to spawn in any facility that allows their construction if connected with the tech plant. This makes the Tech Plant perhaps the most important facility in Auraxis (particularly in Esamir).

Amp Station
Amp Stations are large basis made up of multiple buildings. Some of these buildings have control points inside them.

The Amp Station is the weakest Facility in-terms of defense. A wall is present around the base, but still does not entirely cover it. Shields are present at some of the entrances, but the rear regions of the base are easily accessible. Furthermore, the facility is greatly susceptible to aerial attack and invasion.

Because of the relatively low-level defensive setup of the Amp Station, it is often a heavy fighting zone, particularly on Indar (The Zurvan Amp Station).