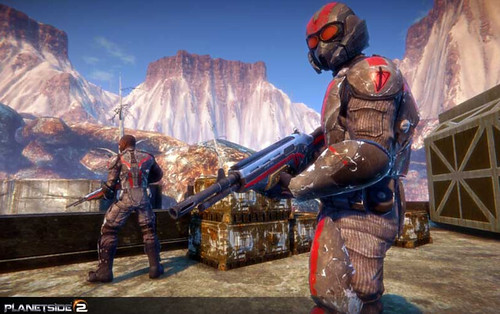 To say that PlanetSide 2 has been a success for SOE would be an understatement. In fact, it has been a resounding success for Sony Online Entertainment. Ever since its launch on November 20th, the game has already managed to become the most revenue generating game for SOE.

This is what SOE President John Smedley had to say when talking to GamesIndustry International about PlanetSide 2:

I can’t give away revenue numbers, but it is doing an order of magnitude greater revenue daily than any of our other titles. It is really doing very well.

We discovered that we really weren’t interested in doing that as a company, and as a result, the games just didn’t come out to the quality level that we were happy with. So we decided that we didn’t want to be in that space. I gotta tell you, I’m not a fan of the Facebook game. To me, they’re monetization vehicles and not the kind of games I want to play or make. That’s just me personally. So we’ll stick to what we do best.