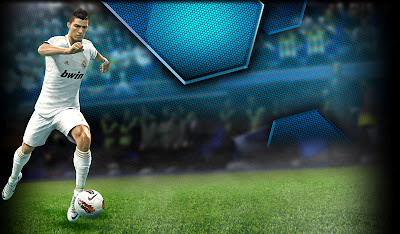 The latest installment in the series, PES 2013 seems to have a better and well balanced gameplay in terms of defense and offense. To become a real pro, you will need to master the PES 2013 Moves and Skills in this guide.

Apart from the basic football, special skills including the dribbling and other tricks are also quite important for the domination on the field.

Double Touch
Double Touch is a newly introduced move in PES 13. This move allows the player to push the ball forward by tapping it to the other leg.

This move helps the player to dodge the defender in front and go straight for the goal.

Nutmeg
Nutmeg was once a part of EA Sports’ Euro 2004. What makes this move so special in PES 2013 is the realism when executing it. Meaning, if your timing is off then you can lose control of the ball while still executing it.

The controls are easy just hold R2/RT when your closing up to the defender and press R1/RB to throw the ball between the defender’s legs. Just keep in mind that while pressing R1/RB, you shouldn’t let go of R2/RT.

Close Control
This move is an upgraded version from the previous PES games. It’s mostly used for showing off tricks that confuse your opponent, allowing you to dodge him.

The most recommended players to execute this move are Ronaldo and Neymar, because they have some really impressive dribbling skills up their sleeves.

Tackling
Tackling features are commonly used in soccer games. PES 13 includes the same feature which triggers the defender to devote himself to take the ball.

Perform this move by double tapping X or A on PS3 and Xbox respectively. Make sure your timing is accurate otherwise the attacker has a straight shot towards the goal.

Controlled First Touch
PES 13 is not an easy game. There are moments when reality hits and the ball starts to jiggle around. In cases like these, the first touch is your savior.

Hold R2/RT and move the Left Analog Stick wherever you like to receive the ball and properly trap the ball.

Flicks
Flicking the ball in PES 13 allows the player to perform a volley shot directly towards the goal. Also, it helps you to move past the nearby defenders.

Once you’ve received the ball, simply press the Right Analog Stick and execute this brilliant move.

Manual Passing
PES 13 has introduced an arrow on the field when manually passing. In previous games you can manually pass by using the L2/LT button whereas in PES 13, an arrow assists you when executing the move.

It became a really frustrated task to manually pass in PES 12 since the AI got confused whenever a teammate entered into the scene. Thanks to PES 13, you can now know the direction where you’re passing.

One-Two Passing
Hold L1/LB and press Pass and push the Right Analog Stick in any direction you want and perform the One-Two Passing.

This move allows the player to decide where the players should run once the ball is passed.

Again, this move is also an improved version of the previous games where the players could only run forward after passing the ball.

Low Shots
Low Shots is also an impressive skill that you can perform by holding L2/LT and pressing Shoot. Press the Through Pass button once the player is about to shoot.

Just make sure you press Through Pass button after the power bar has gone away or else, you’re going to shoot the ball into the spectator stand. So be careful!

Which of these tricks seem more useful and which is the hardest one to execute? Share with us in the comments below!. And if you are having trouble with the controls, you refer to our PES 2013 Controls Guide for assistance.