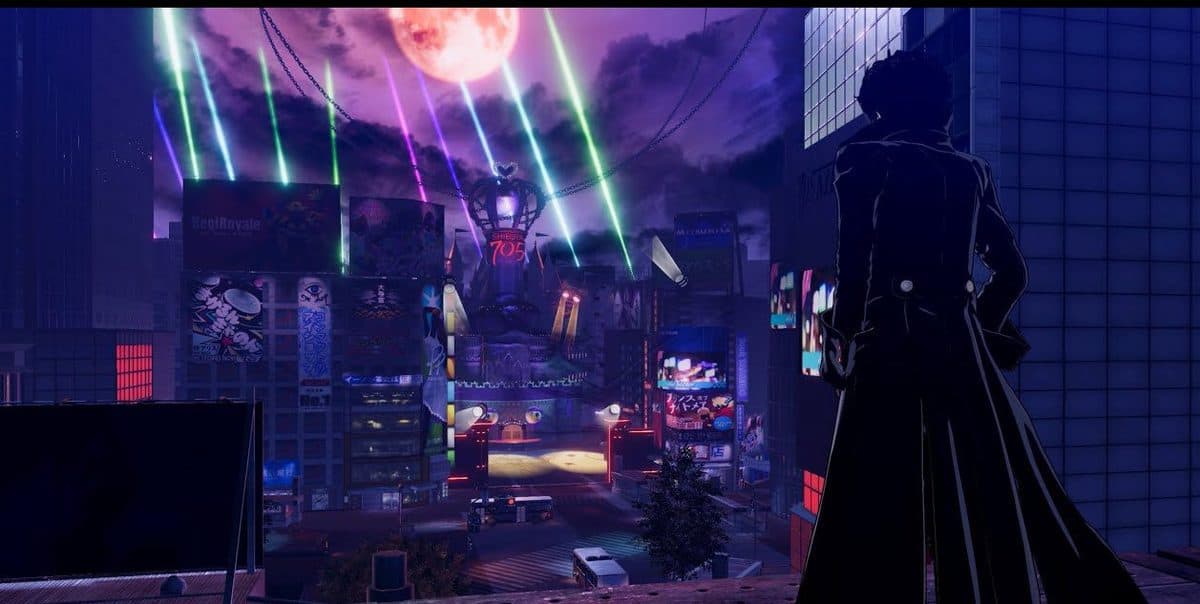 In this P5 Strikers walkthrough, we will be discussing which items can be obtained in Shibuya jail, as well as provide you with a complete strategy guide to clear this jail without any hassle.

You will be fighting a few mini-bosses along the way before you reach the final boss of the jail but don’t worry as we will be covering the mini-bosses as well.

The Recommended Level for clearing Shibuya Jail is Level 1 or higher.

The infiltration dates for this mission are between July 25 – July 29, and players will be awarded the “ Cage of Lust Closed” trophy upon clearance of the jail.

The following items can be obtained in the Shibuya Jail

The Shibuya Jail mission is divided into 4 infiltrations that take place across 4 days.

You will start the first infiltration in the middle of Shibuya Crossing. This infiltration also serves as a tutorial for different game mechanics.

You have to clear the waves of shadow enemies until the Basic and Combo attack tutorials appear.

After that, you will be taught how to summon a persona and use their skills against enemies.

Use all of these moves on the enemies to clear the area and then head south which will trigger a cutscene.

Underground Waterway
After the cutscene, you will be teleported to a new area where you will learn about the options button. Move to the east and watch the cutscene. You will be introduced to Sophia in that cutscene.

Now, defeat the enemies in the area and then head south towards the marked location. Sophie will join your party. She is a healer who specializes in recovery skills and bless attacks.

There are 2 treasure chests in this area that you can collect by going to the northeast corner and going to the upper section. The chest is in that area.

Now, go down and head westward until you reach a passageway with corridors. Look towards the 2nd corridor, and you should be able to locate the 2nd chest.

Go east and clear the area filled with enemy shadows. Now drop down and learn about the “Enemy Attacks” and “ Status Ailments”.

You need to use Phantom Dash to move to the upper platform and then head north, go down from the passage, and you will reach the sewage area.

Watch the cutscene and then clear another batch of shadow enemies using the “Catching Personas” ability.

Now go south and move up towards the 2nd groundwater passageway. Defeat the Bicorn and move ahead to watch a cutscene and finish your first Infiltrations.

You will start the 2nd infiltration at Shibuya Crossing as well. You can change party members this time, and other Phantom Thieves are playable too.

Now, head to the 705 and watch the cutscene. Head north and go up. Move towards the west, and your camera perspective will change into a side scroll view.

Keep moving forward until you reach the marked location.

Watch the cutscene and then go back to Shibuya Crossing.

Maruku City
Go southwest from Shibuya Crossing to enter Maruku city, There, you will learn about “ Jail Maps” and “Security Level”.

After the cutscene, you will learn “ Ambushes part 2”. Use the Phantom Dash ability to ambush the shadow enemy below. Go to the north ledge to find the 4th Treasure Chest.

Head further south to the middle portion of the map.  After clearing the area from silky enemies, use the nearby cover point to move to the top of the central building.

Reach the upper level and look for the balloon using the Third Eye. Use the balloon to reach the southeastern building and clear the roof from the enemies. Keep moving forward towards the east side and transfer to the marked location.

Your perspective will change to the side scroller view again. Keep moving forward until you reach the 5th treasure chest.

Reach the top and cross to the other side to trigger another cutscene.

Head down and move towards the marked area. Examine the panel near the gates to open them and follow the path to activate the 2nd checkpoint.

The Underground Water
Look for the power source and disable the searchlight. Then head for the waterway. You need to go through the vents to find a passage that will take you to the castle’s tower.

Go to the Maruku City tower and obtain the Pop Idol Dress from the tower then head for Miyamae Park.

Miyamae Park
Infiltrate the tower and use the control panel to hack the system. You need to cover Navi until she completes the hacking process.

This is where you will be fighting the Heavenly Punisher. We will be giving you tips on how to defeat the mini-boss.

You will be able to tell when he is about to attack you and which attack he will use since the attack’s name prompts on the screen, giving you ample time to dodge or run away.

Yusuke’s Counter Ability
You should be using Yusuke’s Counter ability a lot during this encounter as that does not consume any SP and is great to deflect incoming physical attacks.

Charge your Showtime Faster
You need to play as  Joker, Ryuji, and Yusuke during this fight and use the baton pass to fill up your showtime meter faster.

Showtime is the best way to inflict damage and gain an advantage during battles.

If you play your cards right and keep using baton pass to charge show time then the Heavenly punisher will go down very easily.

Once this mini-boss battle is over you can continue with your progress through Miyamae park.

You can get the core at the top of the tower and then head for Shibuya Central Street.

Shibuya Central Street
Go to Bunkamachi and then protect Navi again until she completes the hacking sequence. You need to activate the three power sources and clear the area from enemies until Navi is done.

You need to deal with Mokoi now. Mokoi is weak against wind attacks and shouldn’t be too much trouble for you to handle. After you deal with Mokoi, activate the Ferris wheel to infiltrate the tower.

Grab the Macaron Cannon core and return to the real world. This will conclude your second infiltration.

Going to the Castle
Head to Shibuya 705 and go through the back door to battle the mini-boss Succubus. Succubus is weak against Gun, wind, and blessing attacks.

Use those to deal with it quickly and proceed to the castle entrance.

Once inside, you need to use Thief Vision to locate the order of activating the switches on the statues that will unlock the memorial doors.

You have to follow the footprints on the floor to guess the correct order. Guessing the wrong order will spawn enemies.

Memorial Hall and Great Hall
You need to defeat the enemies in the hall and then proceed to the upper floor using the elevator.

Fight off all the enemies until the time limit expires, and then head for the great hall.

You will be fighting the Heavenly Punisher again. Use the tips we discussed above here as well to deal with him swiftly and then examine the door to reach the outer wall.

You can head to the rooftop from the outer castle wall and then return to the real world.

Lock Keeper – Mini-Boss
You should stock up on SP and HP replenishing items before starting this boss fight.

Debuffs can be used by Joker, Panther, and Sophie.

Buffs
Follow up by casting buffs on your party. Buffs can be extremely useful, and they can increase the offensive & defensive powers of your party members. They can also help you dodge critical attacks.

Joker is the only Persona who can give buffs to the party.

Exploit Weaknesses
The Lock Keeper is weak against Wind, Fire, Bless and Curse attacks. Keep spamming these elemental attacks to damage its shields and ultimately stagger the boss.

Technical Damage
After you inflict status ailments like burning, you can capitalize on this by dealing technical damage by using wind or nuclear attacks.

They deal tons of damage. You should switch between Joker and Sophie to ensure that you don’t run out of SP.

Its Showtime!
As soon as the showtime gauge is filled, you have to use your showtime attack against the Lock Keeper.

If you are using Joker, then make sure he has the appropriate Persona to exploit the boss’s weakness.

After you defeat the Lock Keeper, your fourth infiltration will be complete. Now you can infiltrate again to fight the main boss of the Shibuya Jail Mad Rabbit Alice.