Pacific Rim: Uprising Story Trailer Reveals That Someone Let the Kaiju In 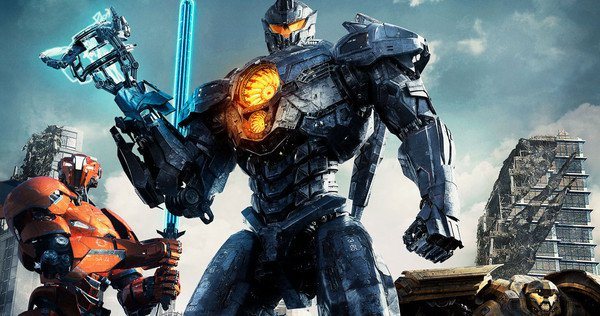 The first story trailer for Pacific Rim: Uprising has finally been released to give fans a slight understanding of the events taking place in the much-awaited sequel.

It was thought that the global threat of the Kaiju had been put to rest when the dimensional gateway was destroyed in the first installment of the science fiction monster-versus-humanity franchise. However, it appears that someone from our midst decided to reopen the portal after ten years and let the gigantic beasts back in to stomp out every breathing soul.

The story trailer also suggests that there are “hundreds” of new Jaegers being assembled across the globe, and most of these new models are a cross between Jaegers and Kaijus. For some reason, these new hybrid machines are fighting among themselves. Perhaps after the great war ended, a new conflict arose between countries for power. Such is the nature of mankind, and peace can never be truly attained.

“The globe-spanning conflict between otherworldly monsters of mass destruction and the human-piloted super-machines built to vanquish them was only a prelude to the all-out assault on humanity in Pacific Rim Uprising,” the official blurb reads.

Pacific Rim: Uprising will star John Boyega as Jake Pentecost, the son of Stacker Pentecost–Marshal of the Pan Pacific Defense Corps, played by Idris Elba–from the first movie. Guillermo del Toro is only filling in as producer for the sequel, giving the reins to director Steven S. DeKnight instead.

Pacific Rim: Uprising is scheduled to hit theaters on March 23, 2018. It, surprisingly, holds a lesser budget than the first movie and aims to go past the $400 million mark in the box office.