Overwatch 2 Known Issues And How To Fix Them 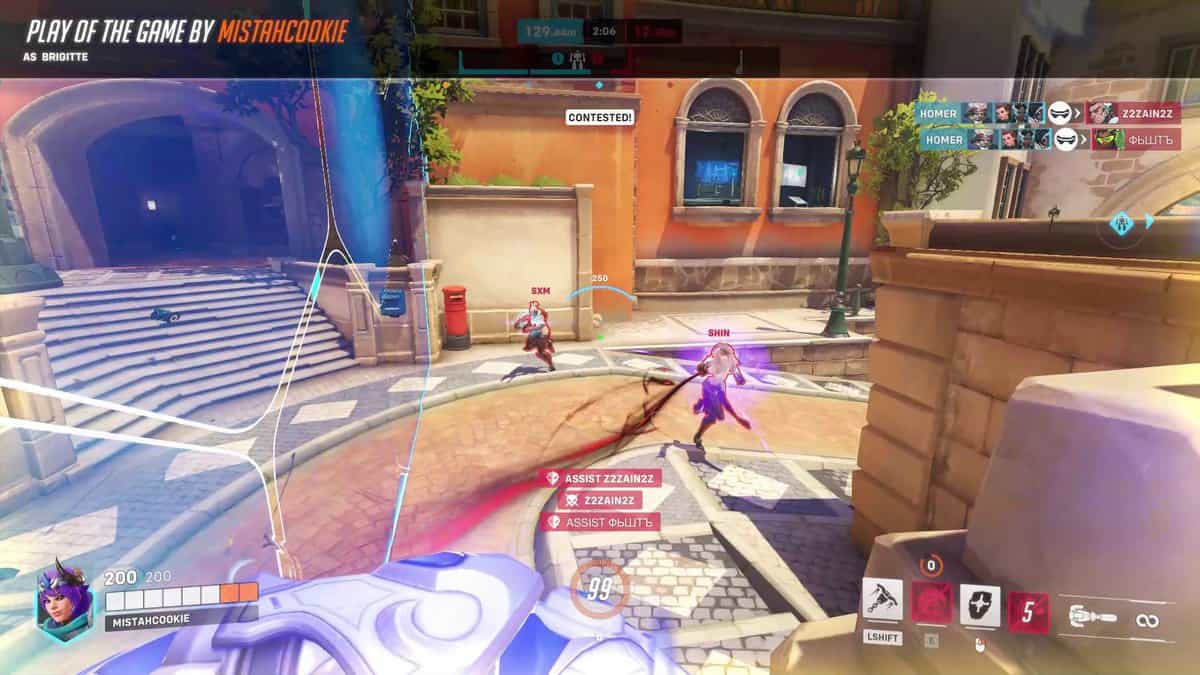 Overwatch 2’s launch has been rough to say the least. From countless bugs to missing content and server woes, players struggled a lot in the early days. While a lot of these issues with Overwatch 2 have been fixed, some still remain.

This guide will highlight all the known issues that have rolled out with the launch of Overwatch 2, and the minor bugs experienced by some players.

Some players have reported losing connection to the server mid game, booting them back to the main menu. Currently, a workaround to this problem has not been discovered yet, however with Blizzard’s acknowledgment of the issue, work is being done to increase the login reliability.

Blizzard has updated their servers and added “nodes” which will relieve some of the pressure created by the massive influx of old and new gamers which will help reduce player disconnections.

Players that have not yet completed their account merge, have reported experiencing an unexpected server error. This is also a launch issue that has been addressed by Blizzard, who are working to solve the bug which has been deemed an “internal issue”.

The last update on their thread reveals that a UI fix was rolled out in hopes to counter the issue. Currently, no official fix exists for the issue, however, a fix has been discovered by Redditors for the issue.

To fix the issue players can either try changing their region before launching the OW2, or reset their internet router and check if the issue persists.

Due to a falsely placed First Timer User Experience being placed on the accounts of veteran players, heroes and certain items including cosmetics and skins appeared locked for them.

Though a complete fix has not been found yet, but players have reported the error was fixed after they logged out and logged back in.

If the issue persists, then submitting a ticket on Blizzard support will be the next best step.

Some players have reported being unable to invite their friends to a game, using their user ID, with an error message stating that they’re playing on a different version.

Blizzard claims that the issue has been fixed as it was just a UI bug.

LC208 error is a network issue that is experienced by the player when they are trying to login to Overwatch 2. The error is related to the game servers; however, it is also possible that it is occurring due to a problem at your end.

If the error is on your end, you could start resolving it by checking your internet speed. If the internet speed is slower than usual, you could try switching to the Ethernet instead by directly plugging your console into the router.

Login error Code BC 153 is an OW2 server related issue caused by the massive influx of players trying to join the game simultaneously. This does not allow the players to connect or access the game’s servers.

However, it is still possible that the error might be arising from the player’s side, if so, it is advised to log out and reset your router.

Once you’ve reconnected, log back in and check if the problem persists. If the problem has not been solved, then it is advised, that the player changes their game’s server region through Battle.net

Players that have merged their OW1 and OW2 accounts have reported a complete loss of both progress and items in OW2.

This error is encountered due to an overload in the players’ database, which is accompanied by a UI bug.

Players encountering this issue have been advised to wait until the transferring process has been completed. However, if you’re impatient, you could try restarting the game a few times, to see if anything changes.

This is a pretty common issue in the early days of OW2. Simply restarting the game fixes it for most people. Do make sure that your account merge is completed if the issue still persists after restart.

This issue faced by players is related to the Endorsement Reward Battle Pass XP. The amount is displayed incorrectly, yet a proper amount of XP is rewarded.

Players that have bought the Watchpoint Pack have reported to not have received the contents, which includes the battle pass, coins, etc.

Due to some graphical bugs resulting in poor performance, the Junkertown map has been removed from the game for the time being while Blizzard fixes it.

Shop not showing up

Due to server issues, sometimes the in-game premium shop doesn’t appear at all or end up in an endless loading loop. Restarting the game client fixes it in most cases.

The SMS protect bug is faced by a player if they provide a number that is already in use on another account for OW2 SMS Protect. This leaves the client in an unusable state. The restriction of SMS protect has been lifted for Overwatch 1 owners.

OW2 has given its players the opportunity to unlock characters by playing matches and making progress, for example, the player will be required to play two unraked matches which will unlock D.Va. However, players reported their progress is not updating, and were looking for a way to fix this. Luckily, OW2 devs have addressed and fixed this issue.

Kiriko and Sojourn’s hero poses were incorrectly locked despite being free. The issue was addressed and resolved by Blizzard, who is also currently processing the refunds for players who had paid for them.

Falling through the map glitch

A considerable number of players have reported clipping through the maps in the Bounty Hunter Arcade mode. This bug is triggered when a player respawns while playing in the Bounty Hunter Arcade mode, causing them to clip through the map. Luckily, players have reported that the issue has bee fixed by Blizzard

Another server-side issue that has been fixed for most people. If not for you then until it gets fixed you can invite friends manually by opening the chat and typing “/invite” or “/join” and adding your friend’s name in the given space.

Blizzard has however patched this issue and you should be able to see your friends list now.