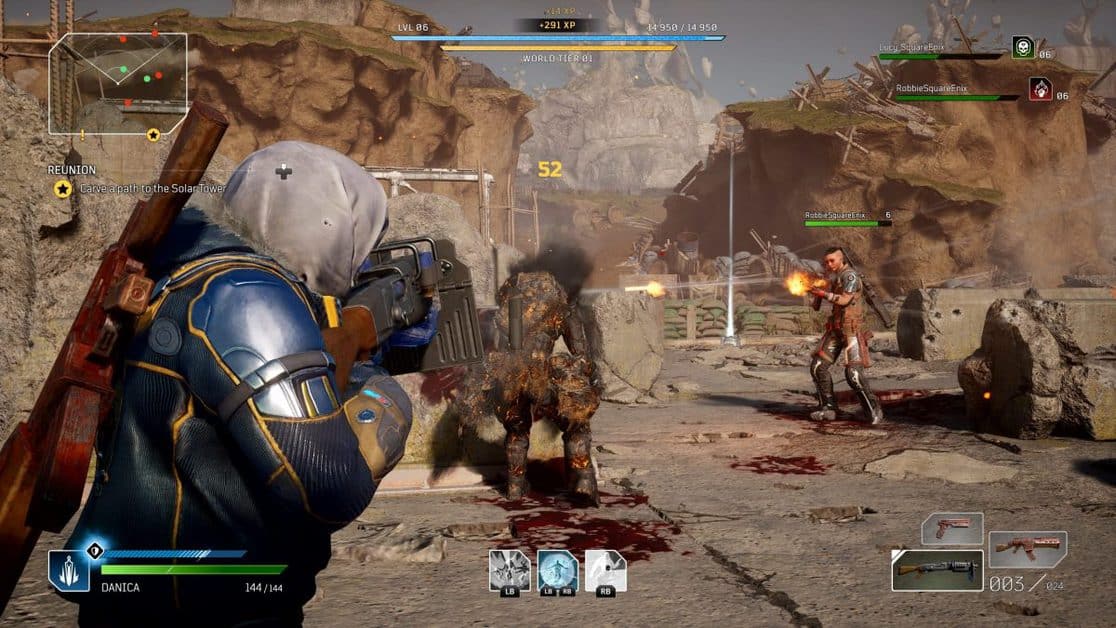 The Beta version of Outriders has launched and while most of the locations and story missions are locked, it’s still better to update your settings for a smoother gameplay experience. This guide gives the best Outriders Tweaks and Graphics Settings.

Stable FPS, sitting at 60 or above, means better performance and smoother gameplay. Just open up the Graphics settings and alter according to the table below to try and meet that FPS target.

Note: Only alter your settings if you have an i5 or below processor. You can increase the Distance quality, but sometimes the gameplay lags, so put it on Low if it does.

If you’re using NVIDIA, then you’re in luck since you can directly alter the settings from NVIDIA Control Panel.

Simply open the NVIDIA Control Panel and click on the Manage 3D Settings. The next step is altering the settings. So go to the Program settings right next to the Global settings and Add the Outriders game on the box and alter these settings:

Simply head over to

There’s a possibility that once you’ve successfully enabled the AA, DLSS will automatically be disabled. So, make sure to keep that in mind.

The following tweaks to the game will improve the quality of life, making your gameplay more enjoyable.

Decrease the World Tier
As you gain XP in Outriders, you slowly increase your ‘World Tier’. As you increase the World Tier, the cap of wearable item level that you character can use and the legendary drop chance is increased, but the level of your enemies also goes up; making them much more powerful.

If you’re looking make your gameplay less tedious and less frustrating, then you can turn off the auto World Tier increase so that the enemies don’t get too OP.

Once you obtain enough gear and mods that you’re confident that you can take on more powerful enemies, you can manually increase the World Tier yourself. In this way, the game may become much more enjoyable to you.

Disable Background Apps
If you’re playing on PC, there are a few apps that are probably running in the background while you’re playing Outriders which can cause fps drops and stutters.

These apps are the Windows Game Mode, Xbox Game Bar, Windows Capture and any Overlays (Discord/Nvidia/AMD). If you’ve been getting a lot of fps drops and stutters, turning off these apps may help you out a lot.

Turn Off the Intro
Every time you start up Outriders, an annoying intro animation will play that just wastes your time. To turn this animation off, head over to your install location, which is most likely the following:

Once you’re there, find and delete the file named ‘splash_screens.umovie’. This will permanently remove the intro animation.

Update Your Drivers
Make sure to update your GPU drivers before playing Outriders to get the best gameplay experience. Nvidia just released their latest drivers specifically made for this game, so updating your drivers to the newest version will give you a significant boost in performance.

AMD is expected to also release new drivers with support for this game soon, so don’t worry if you’re on Team Red.