Operation Flashpoint: Red River Corrects Mistakes of the Past and Innovates 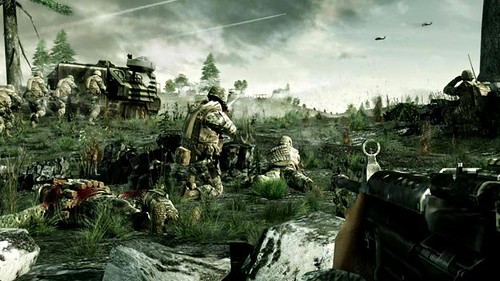 Codemaster’s approach with Operation Flashpoint has always been clear – Reality. They do their level best to take you away from the hollywood hero to someone you see on shakycam footage.

Operation Flashpoint: Red River takes you away from Afghanistan to Tajikistan but the fight is the same and so is the enemy. You will be fighting the insurgents through open plains, slums and oppressive villages. The game will again be more focused on simulation.

Squad based operations will be to the core of the game, with you coordinating with different squads while doing operations commanding your fire team.

Operation Flashpoint: Red River features an eight hour campaign and you will get to know these teams pretty well in this span of time. This time, the developers have done everything to simplify the game while providing much more interesting and deep experience. Red River will not be a hardcore simulation but will be equally engaging and compelling.

Making a game close to reality is OK but making it insanely real to be painful to play is Not.That’s where they failed with Dragon Rising. Will they be repeating the same mistake? No – at least that’s what they say.