It’s official that Game Awards 2018 is going to be filled with new announcements. One of them is confirmed to be from Obsidian. The developers of Fallout: New Vegas and Pillars of Eternity II: Deadfire have something for us in store at Game Awards 2018.

Next Thursday, don’t miss the global announcement and reveal of the new RPG from Obsidian and Privatedivision live at #TheGameAwards. Streaming live on over 45 platforms at 9 PM ET / 6 PM PT at http://www.thegameawards.com

This upcoming RPG game is being developed by Take-Two Interactive’s Private Division.

Obsidian first started teasing this new game reveal by saying “Hmmm… anyone else getting those ads on https://www.obsidian.net ???”. Now to check out, if you go to the official Obsidian site, you’ll receive a message with a countdown as seen below. 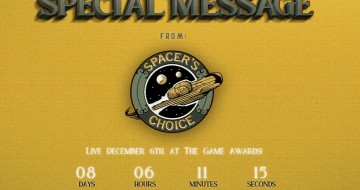 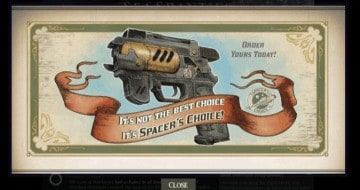 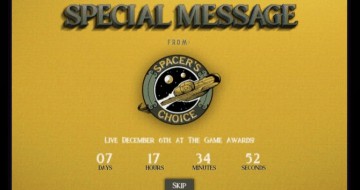 As you can see there’s a countdown going on which says that after 7 days this game reveal will take place. If you skip this message, you will receive a new tease from a fictional company called Spacer’s Choice.

After Spacer’s Choice message, there’s another tease which shows us some cosmetic product skins. Spacer’s Choice does hint towards a sci-fi setting for an upcoming title. Private Division is also known for a space flight sim called Kerbal Space Program so there’s a possibility.

To clear any doubts, Geoff Keighley, the creator, and host of The Game Awards event confirmed it on Twitter as mentioned above.

Private Division was announced back in 2017 by Take-Two interactive. And recent Obsidian was acquired by Microsoft which tells us that they might be working on an Xbox exclusive game.

Well, very less time remains till The Game Awards 2018 where all of our questions and queries will be answered so stay tuned.

Also, it seems like there will be no more Fallout games including New Vegas 2 coming from Obsidian. Fallout fans after playing a disaster like Fallout 76 are still wondering if they will get a new title ( New Vegas 2) from Fallout: New Vegas creator or not.

In 2016, Obsidian designer Eric Fenstermaker and CEO Feargus Urquhart did say that they would love to do it once again hinting at New Vegas 2, which excited a lot of fans.

Since then everything has changed for the Studio. It’s now acquired by Microsoft and we don’t see a reason why Bethesda will allow Obsidian to make a Fallout game in the future again. Especially after E3 2018, where Todd Howard said that Bethesda is big enough to do all development in-house. Though there are still rumors that this upcoming game could be New Vegas 2.

As for The Game Awards 2018, there’s a lot to look out for. It’s rumored that Rocksteady’s Superman game will be a part of it after the recent leak.

The long-awaited Avengers project game is also expected to be a part of it along with other big announcements and reveals.

The Game Awards 2018 is going to be the biggest award show in the gaming industry yet and it takes place on Dec 6.