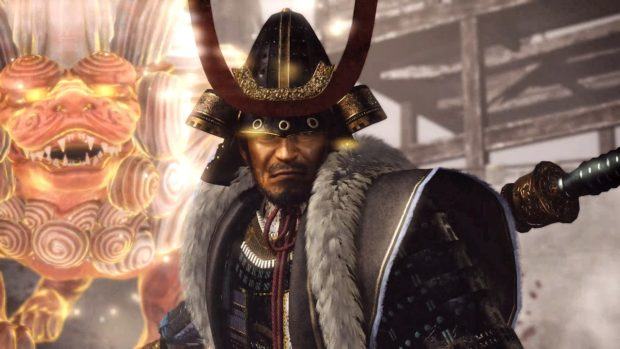 In our Nioh Beginner’s Guide, we will help you learn everything you need to know about the game’s basic and advanced mechanics if you are not familiar with the SoulsBorne genre of gameplay.

In our guide, we’ve detailed everything you need to know about learning about the game’s basic and advanced mechanics.

The game’s combat is incredibly fast-paced. Defeating enemies and completing objectives reward you with Amrita which is required to level up your character. However, if you die before using your Amrita, you’ll drop them at the place of your death.

In order to get them back, you must get to the place where you died. However, all enemies between you and your Amrita will respawn; forcing you to start all over again. You should never try and hold on to huge amounts of Amrita and use them often.

It goes without saying that you’ll die… a lot, but if you play smart, the consequences wouldn’t be extremely dire.

When it comes to combat, your choice of gear/weapon can create the difference between life and death. I always recommend a weapon you feel comfortable with i.e. with its overall damage output, moveset, and the overall feel.

Try to stick to it unless you find something better or feel that your current weapon is not cutting it. There are a lot of items, gear, and weapons that you can find in the game. As a general rule of thumb, you should always fully explore an area before moving on.

Combat Tips
Unless you’re overly uncomfortable with it, try to lock on to an enemy. Doing this will allow you to strafe in a much better way and hit your target instead of whiffing them. Similar to Dark Souls games, always try and strafe behind an enemy which will allow you to deal more damage.

Stamina management is of utmost importance. Both you and enemies have fixed stamina after which both fail to attack unless the stamina regenerates a bit. You should always keep track of stamina and never continue wailing on an enemy unless you’re sure you’ll finish it off.

If you ever get caught without stamina, you’ll get staggered and receive a massive amount of damage. It should be difficult at first, but you’ll get a hang of it later on in the game.

Use your shuriken, kunai, and other ranged attacks to lure enemies one by one. It should allow you to get rid of them much efficiently and avoid dying from 3-4 enemies at the same time.

Moreover, if you are not feeling confident about taking on a tough enemy, try to reach a higher ground, and use your ranged attacks to bring it down.

Weapon Familiarity
This is something which is new to Nioh. The more you use a weapon, the more familiarity you get with it. After reaching maximum familiarity, you’ll gain several buffs including increased damage and other special effects.

Keeping this in mind, you should try and stick to a single weapon which you prefer. It will allow you to raise your weapon familiarity and deal more damage.

Shrines can be considered as checkpoints where you can do a number of things including healing up. However, after resting at a shrine, all enemies in the game – not including bosses and mini-bosses – respawn.

Breaking Down Items
The game’s world is full of items which can be used, sold, broken down into its components, or offered at a shrine to earn some additional Amrita. This is something you should never do blindly.

I only recommend offering items which you know you won’t use until the very end of the game. Even if you’re only a 100 Amrita away from leveling up, try to kill some enemies instead of offering a valuable item.

Boons
We don’t have a whole lot of knowledge on Boons as of now.

Jutsu
This basically allows you to prepare magic, buffs/debuffs, shuriken, and more.

Summoning Other Players
While resting at a shrine, you’ve the ability to summon another human player to help you out go through a tough area. However, in order to do so, you need to find an item called Ochoko Cup.

Kodama Blessing
These are scattered all across the game’s world and allow you to buy special bonuses e.g. increased armor, HP elixir, etc.

When it comes to leveling up your character, there are 8 stats to choose from. Each of the stats is tied to a weapon type. Here’s a brief overview of everything:

Body
This one increases your health, resistances, impacts spears, and awards you with Samurai Skill Points.

Stamina
This one increases your weight limit, boosts life, and impacts cannons.

Strength
This one increases your damage, increases maximum equipment weight, awards you with Samurai Skill Points, and impacts Axes.

Magic
This one boosts Onmyo Magic, grants Onmyo Skill Points, and increases defense against the yokai.

Spirit
This impacts your Guardian Spirit and boosts onmyo magic.

As mentioned earlier, you earn three different types of skill points as you level up your character i.e. Onmyo, Ninja, and Samurai. These points basically allow you to learn new abilities.

Samurai
This basically dictates weapon skill tree. Each weapon type in the game has 45 skills which unlock additional abilities and moves related to the particular weapon type.

Ninja
This basically allows you to get things like Smoke Bombs, kunai, shuriken, and poison.

Onmyo
This basically allows you to get magical abilities and different buffs.

What are Prestige Points?

Prestige Points in Nioh are earned by completing different challenges such as getting 1,000 kills, etc. Once earned, these Prestige Points can be spent in order to get upgrades for different abilities. These upgrades include dealing more damage, receiving less damage, etc.

Throughout the course of the game, you should be able to keep a track of your Prestige Points from the Main Menu.

There is a total of three stances in the game which can be changed during the battle. It’s important that you learn about these stances early in the game as it’ll help you defeat enemies. This section of the guide provides an overview of these stances:

High Stance
This allows you to deal more damage at the cost of defense and drains more Ki.

Mid Stance
This is the balanced stance and should be used through most of the game.

Low Stance
This allows you to have better defense at the cost of attack and drains very less Ki.

You need to cycle through these stances depending on the type of enemy you’re facing. Try to familiarize yourself with these stances during the early game and you should be good to go.

After choosing your Guardian Spirit at a shrine, you should be able to call it during the battle which should allow you to deal a massive amount of damage and defeat even the toughest of enemies.

This is all we’ve on our Nioh Beginner’s Guide. If there’s anything else you would like to add, let us know in the comments section below!