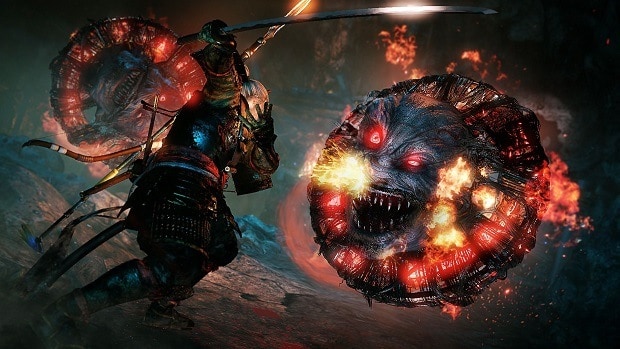 Nioh 2 is right on the horizon, and naturally, there are many new things that are expected from the game. In order to be a good sequel, there are some changes that definitely need to be a part of the game. Whether it has something to do with character creation or the enemies that are present, changes are required to make the game stand out.

Let us go ahead and see what are some of the things we’d like to see in Nioh 2. These changes will be welcome and will enhance the experience of the game in many ways.

One of the things that the original Nioh got right was the fact that there were many different beta tests for players to take part in. Not only did these tests help test the game and garnered feedback that was quintessential to the development of the game, there were certain loyalty bonuses for players who reached specific milestones in the BETA.

Hopefully, this is something that returns to Nioh 2 as getting to play a part of the game for free was an amazing way to see how the game was turning out and whether or not it was worth the purchase. As for the gameplay, let us go ahead and look at some of the fundamental changes that the game needs to be worth our time.

Some of these changes are the opinions of a large part of the player base, while others are our own. However, I think it is easy to see how each of these changes could be beneficial for the user experience!

It seems like we are finally able to get a lot of diversity in the characters that we can use in games. The ability to select female characters is finally into AAA games in full force. While it is a welcome change in games like Cyberpunk as there has been an under-representation of female characters in games to a certain extent, it can also be a terrible choice in games like Battlefield V, as it simply takes away from the authenticity of the game and seems to be a way to appease some of the more leftist publications.

For a game like Nioh, having the choice to make a female or a male character depending on your preference will be amazing, and it is something that we would really like to see in Nioh 2.

This was also one of the ways in which the original game fell short of the mark. It is always fun to have to kill various different types of enemies in a game that is based on a singleplayer mode. Having to kill the same kinds of enemies repeatedly can become boring and repetitive quite soon unless you manage to release a masterpiece like DOOM.

For the aforementioned reason, it will be great to see various different kinds of enemies for us to face in Nioh 2. This will keep the game interesting for much longer and will also help with the replayability of the game to a certain extent.

Not only was the first game a little bit simplistic in its level design, it also had a very systematic feel for it. The game design did seem a little bit linear and if that could change, that would be amazing. We would definitely like to see levels that give us the incentive to explore a little bit more. Not only that, if we could have more of an open-world setting and some interesting side missions that encourage us to explore it, that would be even better.

There are 2 different aspects to this. One of them is the fact that the original game did not have enough weapons. With games that come into the market nowadays prioritizing the number of weapons and the customization options that you can have massively across multiple genres, Nioh 2 will need to bring a host of new weapons in order to stand out from the crowd in that regard.

Another way that Nioh lacks behind is that we do not have enough barehanded moves. It will be much more fun to be able to do more things when we do not have a weapon in our hand. It will be a good way to diversify the combat as well and it will be something that not many games have done.

One of the ways in which Nioh was really good was the fact that while it was set in a fantasy universe, it still managed to be historically accurate. A good example of this are the early seasons of Game of Thrones, where the show does not have that many dragons or magic and the world is still believable. Nioh had realistic armor and it will be good to see that replicated in its predecessors.

While we are on that topic, it will also be good if Nioh 2 does not deviate from what made the original game so great. Sure, there was a lack of variety in the game that has been extensively mentioned here, but the concept and the gameplay were downright fantastic, and we would love to see a return of that.

Lastly, I believe the magic in the game should have a bigger impact rather than simply grant you buff or a debuff. Not only that, one of the problems was that magic was simply not strong enough to have any impact in the early game.

The developers need to change that and make up for it by making it scale a little less into the mid and late game. This way, players will be able to extensively familiarize themselves with this mechanic right from the get-go.

This is our Nioh 2 Wishlist. Let us know on what you would like to see in Nioh 2 using the comments section below!