Nintendo Switch Specs Leaked, Will Feature A Maxwell Based Nvidia GPU And More 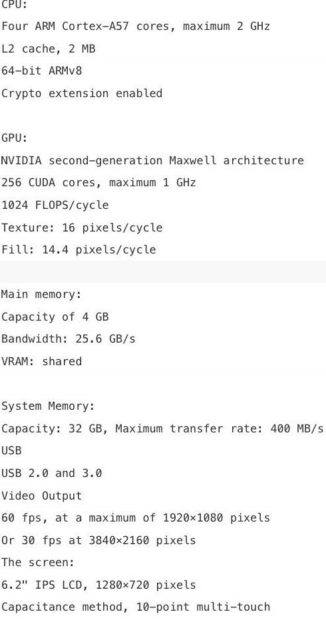 It is important to mention that these specs are not official and are merely a rumor, so take these Nintendo Switch specs as a grain of salt.

While dozens of third party publishers and developer are supporting Nintendo to bring their games to Nintendo Switch, it seems that Bioware will not be releasing its games to Nintendo’s upcoming console. According to Micheal Gamble, producer for Mass Effect Andromeda, Mass Effect Andromeda will only be releasing for PC, Xbox One and PlayStation 4.

Since the reveal of the console many fans have wondered, will Nintendo Switch function similar to that of Wii U’s GamePad. However, Nintendo has clarified that their upcoming console is designed for a single display experience so it will not function like a Wii U’s GamePad.

Nintendo Switch will be available in March 2017, however, no specific date or price has been announced by Nintendo.