Nintendo Switch Could Be More Powerful Than Xbox One? 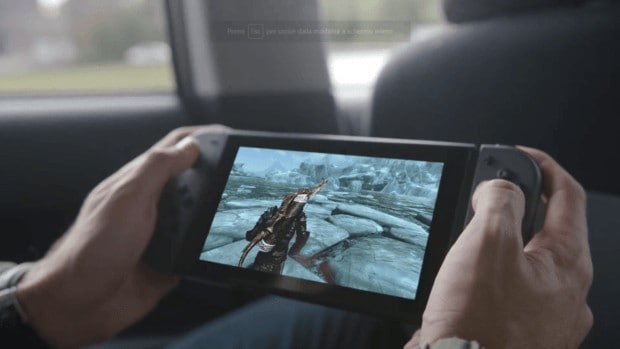 Here we are, new Nintendo Switch rumors are on the table. It is not known how much powerful this console will be, but there’s something that could help us understand more about this question.

According to some information coming from a Chinese Yantai plant Foxconn employee, Nintendo Switch will probably be more powerful than Xbox One, supporting a 1080p touch screen (rather than the already rumored 720p).

This console is also rumored to have these features:

Anyhow, one of the launch title for Nintendo Switch could Skyrim: Special Edition.

“I love it. I had the chance to play with Nintendo Switch and the experience I had was just unbelievable. It was probably the best demo I’ve ever seen at E3. I think that Nintendo is working well with this console and I’m proud to say that Bethesda is going to support it. It’s the first time we’ve done something on Nintendo. Talking about Skyrim: Special Edition, it’s the same game on the TV and on the other screen.”

Are you happy about Skyrim being ported to Switch?

It’s the first time a big game like that is ported to a handheld console.

Moreover, Pokémon Sun and Moon remaster could be available for Switch too.

Nintendo is really pushing for this console, whose release could make things interesting in the industry.

Nintendo Switch is scheduled to release in 2017.