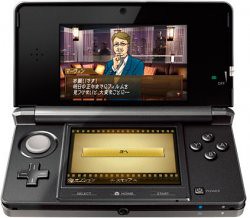 During the Nintendo Direct Europe Presentation, Satoru Shibata revealed a slew of release dates to fan-favorites, classics and original games for the 3DS in the Nintendo eShop today.

3DS owners can look forward to games such as Ninja Gaiden, Castlevania: The Adventure, Super Mario 3D Land, and much more released into the eShop from now until the end of the year.

Check out a list of Nintendo’s planned releases announced during the presentation: