Next Ace Attorney Game To Have Fully Voice-Acted Dialogue 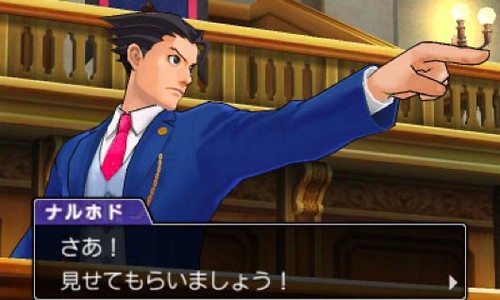 OBJECTION! Phoenix Wright is coming to the 3DS and to make his debut just a little bit special, Capcom are making this game just a bit different to the last few games.

Yes, Capcom are bringing voice-acting to the series (Other than OBJECTION!). The news comes from a report published by Nintendo Dream (Translated by Siliconera), and according to this; Capcom have already acknowledged that this is a direction that won’t please all of their fans, but it’s the best way for them to progress right now.

Capcom hope to bring more character traits in this way. Since the 3DS has surround sound capablities, porting the DS sounds over is difficult so it’s better to work from the ground up. Plus the fully voiced anime cutscenes will match with the dialogue in a very interesting way.

Most importantly, Capcom have said that they want to really show Phoenix Wright’s character through this. He’s to inherit some traits from his Apollo Justice and Trials and Tribulation characters which may be brought across to the audience in a whole new way with the inclusion of voice acted characters.