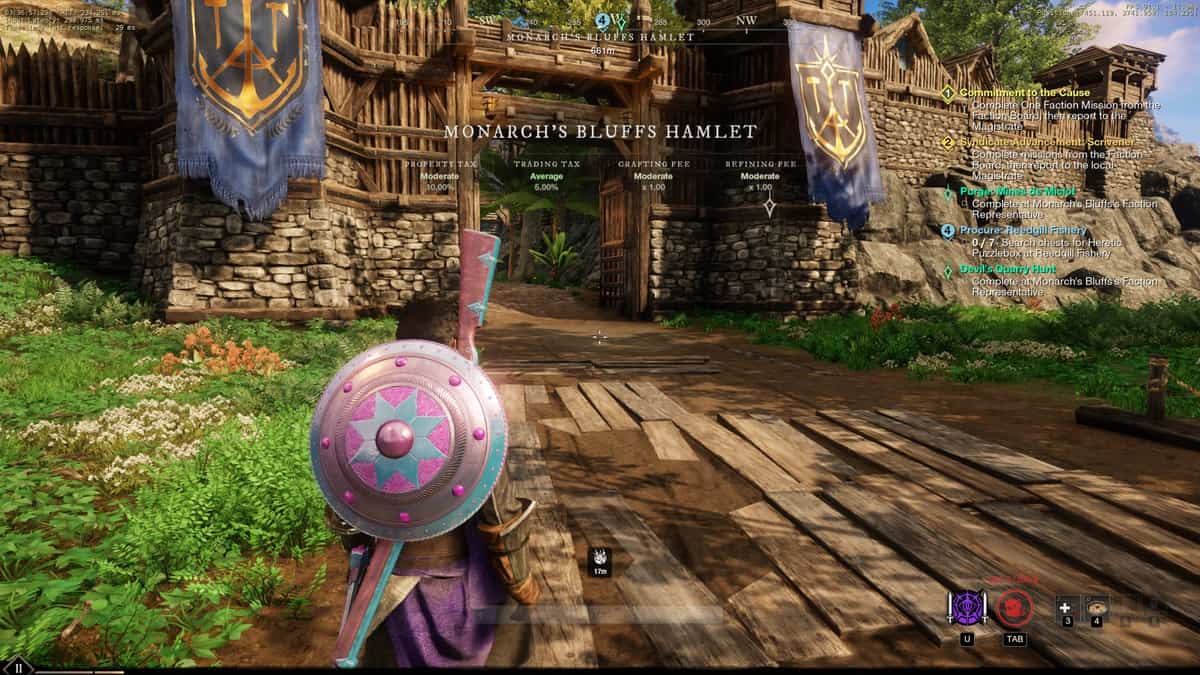 New World Outpost Rush is an endgame PvP mode. Basically, it is a large-scale player vs player event. This guide contains all information on Outpost Rush in New World that you need to come out on top.

Outpost Rush is a 20 vs 20 event that becomes available at level 60 of New World. You can either play this mode solo or in a team of five players, whatever appeals to you.

Winning this event requires combat skills and teamwork. Players and their teams will compete for control of strategic strongholds and resources.

If the queue does not reach 20 players for some reason, the game begins with 16 players. The players are to queue at a settlement Outpost Rush NPC.

When done with the queue, participants will be taken to the island of Nauthynos, where the event will formally begin and take place.

Now that we’ve gotten the basics out of the way, here’s how Outpost Rush works.

Each team will be at their home forts when Outpost Rush begins. Three Outposts are located between two forts.

These Outposts are crucial to a team’s victory. Outposts can be taken by any team. As teams strive to conquer the Outposts, the fighting becomes more intense.

Holding outposts and killing other players will earn you reward points, so concentrate on these. As the game progresses, the team that scores 1,000 points first will seal the deal and win.

How To Upgrade The Outpost To Hold Down The Fort

Even though conquering the Outpost is crucial, but it does not guarantee success. You need to defend the Outpost to protect your fort and keep the invaders away, to ensure victory.

You must upgrade your Outpost to have a greater chance of victory. Gates, siege weaponry, command posts, and protection wards are among the upgradeable elements of the Outposts.

Resources Required To Upgrade The Outpost

However, updating these features necessitates the use of resources, and these resources are scattered throughout the area. A list of each resource, along with its location, is added here.

Infused Ore – To obtain this resource, you must defeat multiple Corrupted enemies as well as two mini-bosses, Ug and Dug.

Infused Hide – To obtain this resource, go to Wolf Dens and defeat the Alpha Wolf.

Infused Wood – These can be found in ancient grooves and are guarded by ferocious woodland creatures.

Azoth Essence – It is the most precious resource. It is required in order to gain entry to the Corrupted Portal. It falls as you are taking down enemies during the rush to capture the Outpost.

Various map objectives can be claimed and completed by either team. Completing these tasks rewards you with a variety of bonuses and perks that will make the game interesting. These map objectives are marked on the map.

Baroness Hain – Baroness Hain can buff health and defense. To obtain these perks, you must defeat Baroness Hain. She respawns every 10 minutes, allowing you to take her down repeatedly.

Turret Emplacements – These are large defense structures. They can be constructed either at the home fort or between two outposts. They will annihilate the approaching foes.