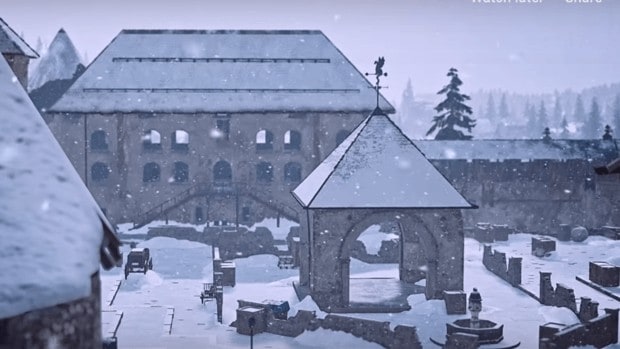 New PUBG Mobile update has finally arrived. Tencent has officially announced the new PUBG mobile update and it weighs around 1.2 GB. This new update is now available to download on iOS and Android devices. It brings the log awaited Vikendi map, new features, snowy theme and a lot more for the players.

Download the update today but you will have to wait till tomorrow to be able to play on the new Vikendi snow map in PUBG as stated by Tencent. According to the official Twitter account of Tencent, Vikendi snow map will be available to download today inside PUBG mobile on December 20 with Update 0.10.0. But the matchmaking for this snow Vikendi map starts tomorrow that is on December 21 at 00:00 UTC.

So this means that you can download the Vikendi snow map today in PUBG mobile but to play on it you will have to wait till tomorrow which is when the matchmaking unlocks.

If you want to see how this new Vikendi snow map looks like, check out the trailer here. This snow map was previously launched for the PC version of PUBG but it’s now coming for the mobile players of the game.

It’s no secret that Tencent is working really hard to improve the mobile version of PUBG since its release. It’s the reason why PUBG is still being downloaded by everyone and the daily number of active players is increasing day by day.

According to Gadgets 360, PUBG mobile has been downloaded more than 200 million times and it has more than 30 million daily active users. It’s a big achievement for Tencent and the team. Tencent revealed this achievement in a statement.

The numbers show that the game is a huge success in countries like China and India. One of the reasons for it being a success is because of how the game runs smoothly on new and old mobile devices. Tencent has even released a lite version of PUBG to allow everyone with low spec devices to experience the world of Battle Royale.

Interestingly this total number of downloads doesn’t include China which is the biggest market for the game. It was also reported last month that PUBG revenue surpassed that of Fortnite.

As for how to update PUBG, just go to your Play Store and download the latest update. You will be also required to download the new map from the map selection menu before you can start playing it tomorrow.