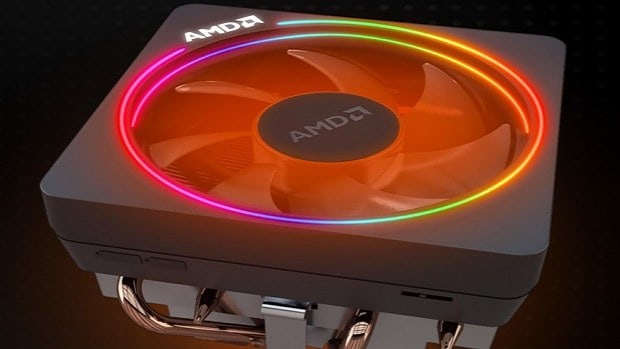 Other than that, the AMD Wraith Prism cooler features RGB lighting which is a must have in 2018 and illuminated fans as well. AMD is going all fancy on us and that is something that I can appreciate after seeing those depressing stock Intel coolers.

You can also set the overclocking profiles in the settings, so there are some customization options there as well. It is not all about the looks but about function as well. We still have to see how well it will perform but from what we have seen so far this should turn out to be pretty good. The Wrath and Spire have been great at their job and if those are anything to go by then the AMD Wraith Prism cooler should perform just fine as well. 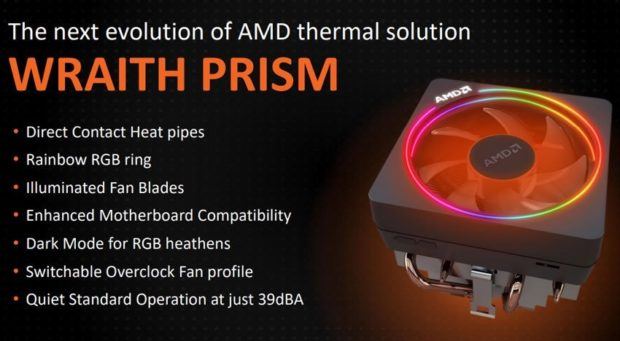 The design is pretty compact so you should not have any issues with installing RAM and what not. You should have plenty of clearance. All things considered, this is a very good looking CPU cooler and it should perform as expected as well. We will keep you updated regarding the price, release and the performance of the AMD Wraith Prism cooler so stay tuned to SegmentNext for more information.

AMD has announced that AMD Ryzen 2 Pinnacle Ridge 12nm based chips will be coming out in April 2018 and the AMD Vega mobile graphics cards have also been announced at CES 2018.

Let us know what you think about the upcoming AMD Wraith Prism cooler and whether or not this is something that you are interested in buying.