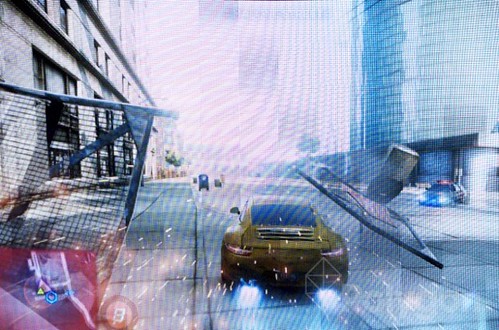 Need For Speed Most Wanted has gone through a studio change. The creative team that developed the original Most Wanted is no longer at the helm. In fact, it is Criterion, developer of NFS long time rival Burnout, which has taken over the creative reigns on this project.

Due to this, the game has gone through a lot of changes even though all of them have been well received by the critics, it still needs some elements that abhor to the original Most Wanted game. This is where the speed cameras come in. They are present in this game as they were in its namesake.

These cameras take pictures of your car and record your speed as you blow past them. You can get your speed recorded more than once on the same camera. Furthermore, these cameras add another layer of competitiveness to the game as you can compete with your friends to post the highest speed on these cameras.

There are a total of 66 speed cameras to be found in the game. They are spread all over the city. Many of these cameras can usually be found during races. And if you have kinect, you are in luck as you can explore the camera locations in a map segment by just calling out “Speed Cameras.”

For more help on Need For Speed Most Wanted, read our Billboards and Jack Spot Locations Guide.

Following video however, will help you out in finding all these cameras:

To trigger each camera, you need to pass by it with a specific speed. If you are below the target speed, you may not be able to trigger it. This will also unlock you the “Cameraman” for all the fuss. Good luck in finding all of them.