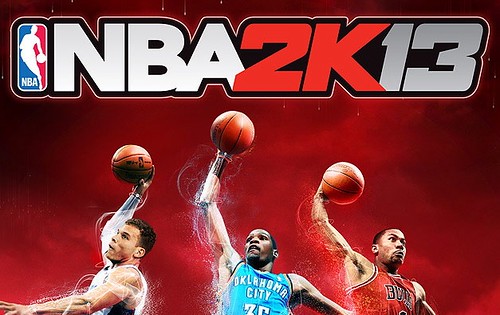 NBA 2K series prides itself for having one of the best career simulators in sports video games. In fact, this career mode is the center piece of the game. However, this does not mean that this mode is easy to play though. But it can be with the help of these NBA 2K13 MyPlayer Career Tips.

For those of you who are not familiar with it; My Player career mode charges you with creating a player from the scratch and then guiding him through a hopefully Hall Of Fame worthy career.

Naturally, the most prominent difference you will find in this mode, and the traditional game-play is that you can only control your own created player. Note that players in different positions require different styles of play, and this is what makes this mode so exciting and replayable.

Follow our guide to help to lead your player to the top of NBA and to become an all-star in no time.

Virtual Coins
Depending on your choice your player can have some natural abilities but most of your skills need to be acquired to really make him a beast.

The only way you can get them is spending virtual coins. You can think of these coins as the currency of NBA 2K13, which can be used to equip your player with new skills and improve his all-round game.

Remember, more you play NBA 2K13, more VC you accumulate, and it doesn’t matter which mode you play. How much coins you earn depends on how successful you are in game.

However, even if you lose, you still get some coins but not as much though.

So play a lot.

If you are out of your house; that is no reason to stop earning VC. With the new Facebook App: NBA 2k My Life you can gather virtual coins on the go.

By playing this app you get Virtual Coins. Besides this app is available for free for iOS, Android and Kindle Fire tablets.

This strategy may be a little too obsessive in nature but hey; it works.

Choosing Your Position
This is the most crucial aspect of character creation. The most important thing you should remember while picking your position is how you play the game. No single position is better than the other. Each of the requires a different play style that is all.

Wings: If you like to do outside shooting.
Point Guard: This position is for those who are the playmakers in the team.
Power Forward/ Center: If you are good at scoring from low post.

Picking the position that best suits your playing style helps you earn Virtual Coins more speedily and thus help you grow as a player more quickly.

Every position has six playing style to choose from, but all of them have three in common; all round, defensive and athletic. The other three styles for any position are unique to that position.

Choosing any of these styles does not rail road you in the game instead your initial skills are slanted in that direction.

The best pick of the lot is the athletic options as it grants you with immediate success by making your player easily earn hustle points and defend their position.

For players who are working around the perimeter, 3-point specialist is not a bad choice either. If you are a pivot man, rebounder should be your secondary choice.

Choosing The Play Style That Suits You
You can select between six different play styles from each position. The basic styles are athletic, defensive and all around. These come with three additional position specific styles that allow you to In addition to those, you will also get three styles that specific to the position that you are in.

You should pick the style that suits your strengths and your goals. The athletic play style is the best pick for quick progress. Your defense will be greater so that you can watch your position better and earn hustle points.

If you consider yourself a perimeter player who wants to score a lot then go for the three-point specialist as your secondary choice.

Draft
You will start your NBA My Career by playing in the Rookie Challenge. Your performance in this game will determine where you will be selected. If you do well enough in that game, you may even get your name called first in the NBA draft.

You may still get drafted to a good team even if you play poorly, but you will be stuck behind a better player as a substitute.

Interviews
After your rookie game, you will have the option of three teams to interview with. This is the time where you put your Basketball knowledge to full effect.

Nail the interviews of those teams which have vacancies open in positions you play at otherwise you may get picked up by a team that already has 10 players fighting it out for your position.

So be a jerk to those teams who you do not wish to play for.

Drills
All of these exercises are really fun, and they also earn you VC which you can spend to purchase skills. The quantity of the VC you earn depends on how well you do in these practices.

You’ll receive either a gold, silver, bronze or no VC award at all for your time. You will be required to complete three drills per week. Best way to do them is to get them out of the way on the first day of the week so you have VC to spend on skills before the scheduled games.

Allotting Skill Points
Never spread out your skill points evenly. This way, you will end being mediocre at everything and good at nothing. Instead of doing this just dump all your skill points in one attribute.

For e.g. if you are a shooter pour a lot of your skill points in “shot medium” and “shot close.” Practice those shots, and they will pay for themselves in a matter of a few games.

Once you have cracked the team line up, it is smooth sailing from there on to the Hall Of Fame. Just do not do something silly to sabotage your career like asking for a trade when no big team is interested in you.

Only ask for a trade if you feel that your coach is not giving you the playing time you deserve.

Keep the faith your teammates and coach have put in you, and you will be fine.