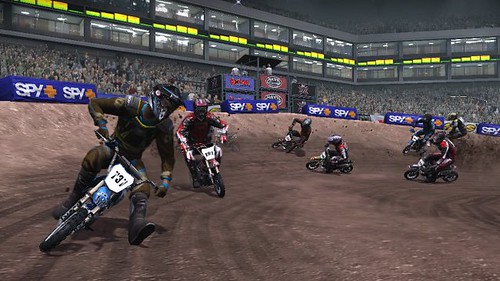 THQ’s MX vs ATV franchise has sold more than 10 million units so far. Back in 2010 they mentioned new changes to be made for the series. The publisher told of selling the game for $40 instead of the regular $60 price in the market. According to them this would increase market appeal and later the players would also get weekly downloadable content.

THQ announced today that MX vs ATV: Alive will be available for the Xbox 360 and the PS3 in May of this year. The price will be the same $40 they promised to fans last year. No details were given of any DLC for the game in the future though.

The new title will feature an updated physics engine and tweaked terrain deformation system. A new Bar-to-Bar racing mode will be available where players will have close range combat.