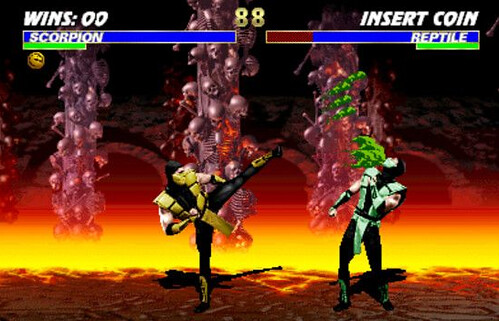 If somehow new Mortal Kombat 2011 has urged you to relive the series by playing classic Mortal Kombat games, you are in luck today.

Neither Realm today has announced Mortal Kombat Arcade Kollection including the first three games in the series: Mortal Kombat, Mortal Kombat II and upgraded UMK3 to be made available as a download on Xbox 360, PlayStation 3, and PC during late summer 2011.

We are very excited to finally have the first three Mortal Kombat games available in one download package for long-time and new fans to play,” said NeatherRealm Studios creative director Ed Boon. “With the release of our 2011 Mortal Kombat, and its return to 2D game play, players have been asking for these classic titles and we are happy to deliver them.

That is not enough, you won’t be getting the vanilla editions of these klassic Mortal Kombat titles but with some nice upgrades: Support for online play, leaderboards, and Achievements/Trophies.

All that only for nominal $10 price tag which is a bargain.