Mortal Kombat 11 Review: Good At What It Does Best, Okay At The Rest 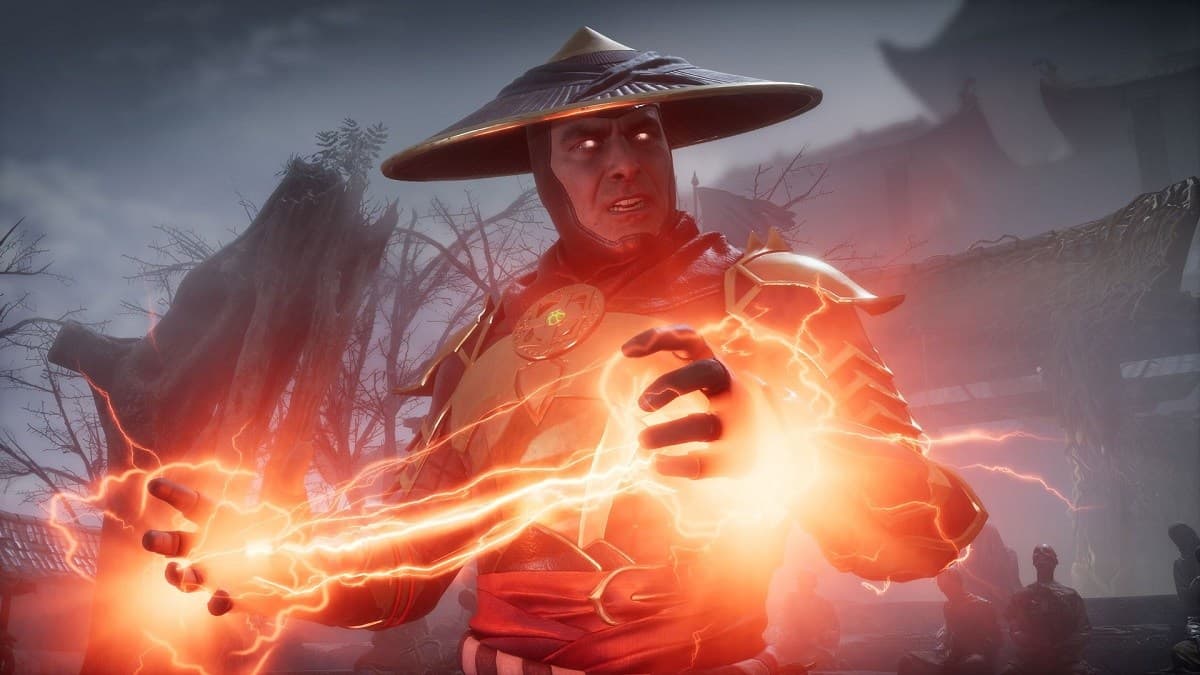 So now that I’ve gotten my hands on the new Mortal Kombat, Mortal Kombat 11, I’ve had a good time to evaluate it. As a diehard MK fan since the arcade days, I was really looking forward to this title.

Did it really live up to all the hype it generated in the follow-up months to its release? My answer is…sort of?

Within this review, I’ll be evaluating different parts of the game to conclude. To start off, let’s talk about the main part of Mortal Kombat 11 itself.

The Mortal Kombat franchise has been manufactured as a series of fighting games that functioned normally on a 2D plain. There’ve been deviations like Deception and Shaolin Monks, but we’ll keep this rating in comparison to the majority, which is 2D plain fighting.

Does Mortal Kombat 11 cover that aspect well? Yes, it does. The Kombat factor of Mortal Kombat 11 is pretty solid. In comparison to X, it feels a little sluggish and less hard hitting at times, but several newly introduced features have been improvements.

In Mortal Kombat 11, the move has been replaced by the Fatal Blow mechanic. Fatal Blows are the same concept with how they’re devastating, cinematic combos that rip a chunk of HP, but there’s a catch to them.

They can only be triggered when you’re at less than 30%. Furthermore, they can only be used once per match. Once you execute a fatal blow, you can’t do so again. This means players need to be more strategic with when they utilize their fatal blows. Since they can either be used for securing a first-round victory, ending a match or making a come back.

As for the visual of X-ray attacks, that’s been replaced by a new version of how x-ray moves work. While the original mechanic has been shifted into Fatal Blows, X-rays themselves can be triggered through specific impacts after meeting pre-requisites. This includes things like launching an uppercut as a counter attack for example. These impacts transition into a slow-motion x-ray for the players to enjoy while also doing bonus damage.

Furthermore, other minor tweaks have also diversified the multiple ways you can fight your opponent in. There’s the introduction of the quick hop which allows you to dodge sweep attacks while not leaving yourself vulnerable to uppercuts.

The enhanced bar has also been split into two categories now. Offensive and Defensive, meaning you now have the potential to use 4 enhanced moves in one chain. This, similar to Fatal Blows, add another layer of strategy to the game.

My major criticism of the Mortal Kombat 11 gameplay has to do with higher levels in some of the living towers. The reason being that they slightly make the game pay-to-win. This is due to the enemy getting game breaking buffs which can only be bypassed by consumables that are almost impossible to get without either grinding or spending real money. The need for a microtransaction in a fighting game should never become necessary to win and in that field, Mortal Kombat 11 has let me down. It’s also the reason they’re getting review-bombed.

Another gripe with the gameplay are the lack of regular combos. The characters have only a handful of combos compared to previous games. Another was as I said before, the game feeling a bit more sluggish in comparison to the fast-paced Kombat of Mortal Kombat X.

The online multiplayer has the same capability as previous games so it’s good to see the MK dedicated servers still doing their best.

The visuals of Mortal Kombat 11 are once again a step-up from the last game. This is something MK has consistently managed to do and it’s good to see that accomplished again. The characters look great and the modeling work with facial animations among other things have been knocked out of the park.

There are some very minor complaints with how the looks of some characters have changed. One thing particularly being consistency. Raiden was perhaps the only character that didn’t drastically change.

The particle effects of things like Scorpion’s flames, Sub Zero’s blizzards and the overall blood/gore also look neat and polished.

Lastly, I love the slow-mo ending shot at the apex of a Fatality. Almost every sequence makes for a great screenshot that can be turned into a nice desktop wallpaper.

The motion capture and voice acting is pretty good for the most part. I’m glad characters like Johnny Cage, Erron Black and Sub-Zero were once again played by Andrew Bowen, Troy Baker and Steve Blum respectively. They were my favorite voices of MKX and have remained the same in 11.

I was skeptical of Scorpion’s voice actor changing from the amazing Patrick Seitz and I still hold reservations against NetheRealm Studios for how they dismissed him quite disrespectfully.

That being said, I have no qualms against his new voice actor. In fact, I really adored Ron Yuan’s portayal of Hanzo Hasashi. He provided the perfect voice to compliment a pious, old and still very lethal Shirai Ryu Grandmaster.

While I did enjoy the acting for Cassie Cage and Jax as well, I still preferred their portrayals from MKX more. As for Ronda Rousey’s performance playing Sonya Blade, it wasn’t bad. There were some moments where you could tell she was just reading off the script. Often a times monotonous. There were other moments, however, where she did add emotional value to the character. That compensated well enough.

The Optimization of the game is a bit conflicted since I played it on a PC with the requirements being just a level above the bare minimum requirements. On my GTX 1060 card with an 8 GB ram and I5-700 processor, the game ran but not without issue.

While the Kombat and gameplay itself was 60 fps at a constant, nearly everything else wasn’t. The character intros, main menu and even story cutscenes were all at 30 fps most of the time. This decay even happened during cinematic in-game moments like Fatal Blows and Fatalities.

The weirdest issue was the game constantly crashing when I stayed in the Kustomization menu too long. Hopefully NetheRealm patches these issues before too many months roll out.

A major selling point of the game was the variation and personalization we were promised when approaching the game’s launch.

This feature was quite thoroughly nerfed and ruined by the cursed feature of microtransactions in modern games. This crap has spread from these stupid mobile games and now all these publishers have been desperately trying to monetize on it.

This has driven so many users away and compelled them to review bomb the game. The amount of miserly money-making WB and NRS have been doing with MK 11 is a major reason my review is at 6.9 instead of 8.5. It’s just so hard to ignore when cut content is sold separately. It’s not enough that they charge us for a full game, then make us pay for characters. Now, we need to pay for these Kosmetics as well? To hell with that.

I’m not a huge fan of story in fighting games, including Mortal Kombat. 9’s had several things I disagreed with and the story of MKX was just a trainwreck with how horribly some characters were handled.

Mortal Kombat 11 did the job considerably better than X did. Without spoiling anything, the story was indeed pretty solid. There were some twists and turns but the overall banter and interactions between characters were great.

There was also a good bit of fanservice like characters doing their signature lines or actions. One thing I’m very pleased to add is that MK 11 was the comeback Liu Kang fans have been wanting for a very long time.

I didn’t dig some of the alliances that were established and how some characters did things they wouldn’t normally do. The rest was great though. The ending was a bit of a doozy which I’m not sure how I feel about just yet.

Another reason a lot of the users review-bombed Mortal Kombat 11 on Metacritic was the supposed SJW Propaganda that the game snuck in.

One example pointed out was Shao Khan referencing Donald Trump by saying “Let’s make Outworld Great Again” and honestly, that was more of a fun poking easter egg than it was propaganda. Mortal Kombat has always been popular for edgy references and fourth wall breaks in the past and this is no different.

Another argument was how the women in the game were dressed. While a lot of players including myself like characters showing skin (be it male or female) the outfits were still pretty cool for the characters. I admired almost everybody’s design and I loved some of the new things they tried with characters like Frost. I do wish that we could choose to equip skimpier outfits to our favorite characters though. Shao Khan already does look sort of like a gimp so he’s covered. Mortal Kombat was the game that made adult game ratings a thing. So to see them hold back and play it safe in some departments is kind of disappointing.

Lastly I’ll address Jax’s character ending in his arcade ladder. He basically uses the hourglass to prevent the slavery of his African ancestors. It was a bit out of what his character is but I had no personal issue with it.

That being said, I still prefer real-world issues being left out of the gaming world. Political issues and actual history in its rawest form should not be pushed in our faces when we’re playing a video game. Games are an escape from reality. If these actual issues are going to follow us even there, what’s the point? Plus the Mortal Kombat vibe and audience is for people that love killing their opponents in a bloody fashion, not Black rights activists right?

Anyways, that about wraps up everything I have to say about Mortal Kombat 11. Solid gameplay, improved story, justice done to characters for the most part and pretty visuals.
On the other side: shaky optimization, microtransaction hell at times and real-world issues slightly leaking into the game world.