Monster Hunter: World Iceborne Monsters Locations Guide – Where to Find, How to Kill 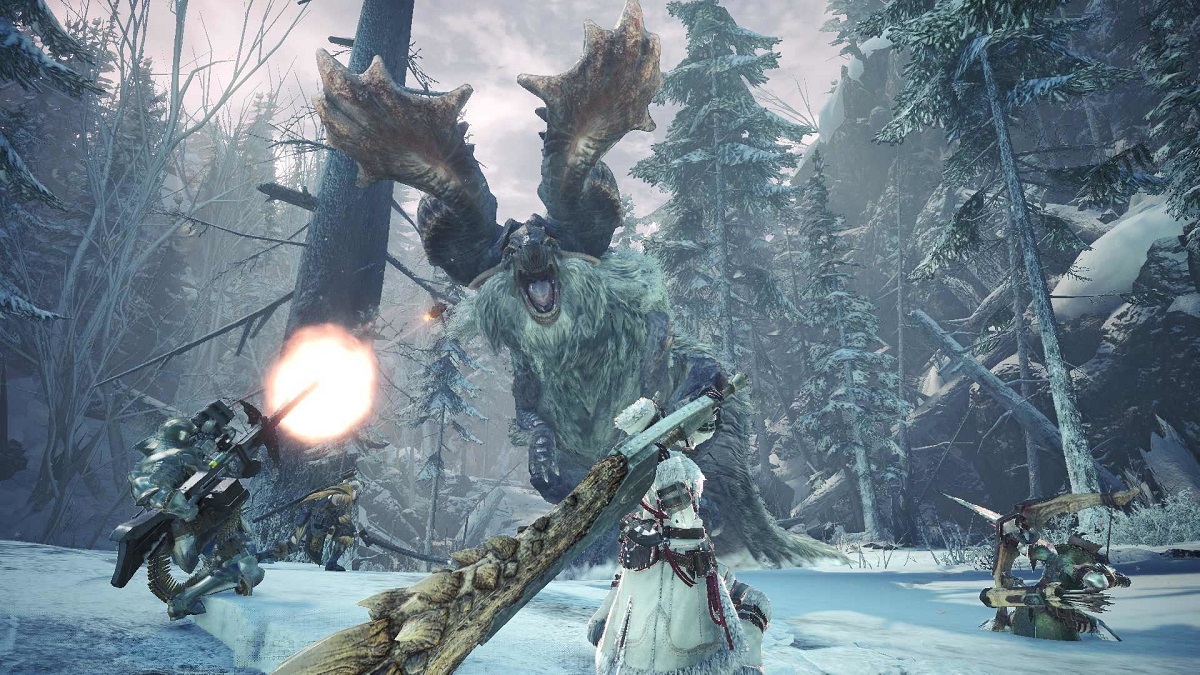 Monster Hunter: World Iceborne expansion is coming in a few days to PlayStation and Xbox and here we have a guide for you with all the information about new monsters in the game. There will be more monsters coming and this list will keep changing, as we explore through the Iceborne expansion.

This guide will detail everything you need to know about these monsters, finding them, and defeating them for various rewards.

It’s a raged brute of Brute Wyvern species, an inhabitant of the Hoarfrost Reach. Banbaro is a big monster with curved antlers and quite enraged if it is provoked. It will not attack you but if it senses any intruder or you provoke him, its attacks will be fierce. It uses its antlers to pick up huge trees and use these big surrounding items as weapons. After some charges, banbaro will slam the ground as he is lifting his head up to slam the ground, run to its backside to get a few hits.

A snowy region native from Piscine Wyvern species. Under the layer that covers the Hoarfrost Reach, you will most probably find Beotodus diving. It has a huge horn and as he is under the snow so it will attack you from below by bursting out of snow.

It is from the Flying Wyvern species and inhabitant of Hoarfrost Reach. It is just a variant of the original Legiana that is shrouded in frost. It overwhelms the attacker with its icicles. It also has the ability of iceblight but also a weakness of Thunder Fire.

It is a species of Flying Wyvern and lives in Ancient Forest. It is a stealthy predator with very fast speed. It has very good and strong attacks, its tail is spiked that it swings to make a tail slam. It has sharp blades on its forelimbs that are used to tear the prey apart. Its eyes become blazing red when its enraged. Its tail gets stuck in the ground after performing tail slam which gives the hunter good amount of time to strike back.

It is a Roaring Wyvern species living in Ancient Forest. It has very high mobility and speed is its strong point. It uses a scream to stun you or can through big boulders as well. It is an extremely difficult monster to deal with if its raged.

It is a species of Brute Wyvern and it lives in Ancient Forest. It uses its huge sword-like tail to attack its prey. It might be from Brute Wyvern but it is very intelligent. It has a burning throat of hot flames that it can throw at you or it can use it to lighten up its tail that causes blasts when swung.

An inhabitant of Hoarfrost reach and a subspecies of Anjanath, it is a pale blue creature with fur lining on the back. It uses lightning to its advantage very well and can combine its attacks with lightning to make it more futile.

It is a modified version of the original Odogaron and a very powerful one. It is from Fanged Wyvern species and a habitant of coral highlands. It emits black smoke from its mouth. It inflicts very powerful dragon blight on enemies and to attack from distance it emits chunks of flesh of its prey from its mouth.

A flying wyvern species and an inhabitant of Hoarfrost Reach, this fierce creature has spikes all over its forelimbs, neck, and spine. It uses its tail and iceblight to attack. Its powerful attacks are cyclone shot and homing glide attack. Its cat-like appearance make it a very agile and fast predator.

An inhabitant of Elder’s Recess and from the species of Brute Wyvern. It attacks by a powerful leaping punch to create a large shock wave on the ground. Its main attacks are using its slime coated fists. This slime bursts in an explosion when it’s on the enemy inflicting even more damage.

A Brute Wyvern species, living in Rotten Vale. It is a subspecies of Glavenus that is modified to get a Sulphur coated tail that can melt your armor. It is just like Glavenus but with more danger of acid. It has mind-boggling speed.

It is a subspecies of Pukie-pukie but it is an inhabitant of coral. It is from Bird Wyvern. It uses pressurized water jets as projectile attacks. It can throw water beams whole doing a front flip on the ground. You should keep an eye for surprises as it is a very skilled creature.

It is a subspecies of Tobi-Kadachi and inhabitant of Hoarfrost Reach. It has sharp purple spikes on its tail that contain venom. It shoots those as a projectile and they significantly weaken its enemies. It can also unleash a venom cloud over a large area.

It is a subspecies of Paolumu and an inhabitant of Wildspire Waste. It is a bat-like creature with dark fur and a ghoulish face. It has the ability to enlarge itself and it emits a numbing gas that puts its enemies to sleep.

Valkhana is going to give you hunters some fits. He is the main antagonist of the Iceborne and the master of Hoarfrost Reach. He breaths ice from his mouth and can target you in circular motion if you’re near and can reach long distances if you’re away. His dastardly ice attacks can freeze large swaths of ground. As he is the elder dragon he can conjure ice from anything or anywhere. He is the big bad and very fast and relentless.

It is also one of the elders dragons and uses a combination of water and thunder to produce many terrifying attacks. It can create water from anything and you will be sloshing on the ground in water. Most of its attacks are going to be water related.

This monster will not show up until you have spent a hell lot of time in Iceborne. It has a very unique set of attacks and can harness the power of Thunderbugs and get an electrifying power to its claws. When charged, he will be agile and fast with its attacks, but when its super charged you should know that it’s time to run for the hills. It will be super fats and will give you the run for your life.

It has elemental breath attacks that can be deadly. It will hop up and down and will smash its feet on ground while attacking you with its tail.