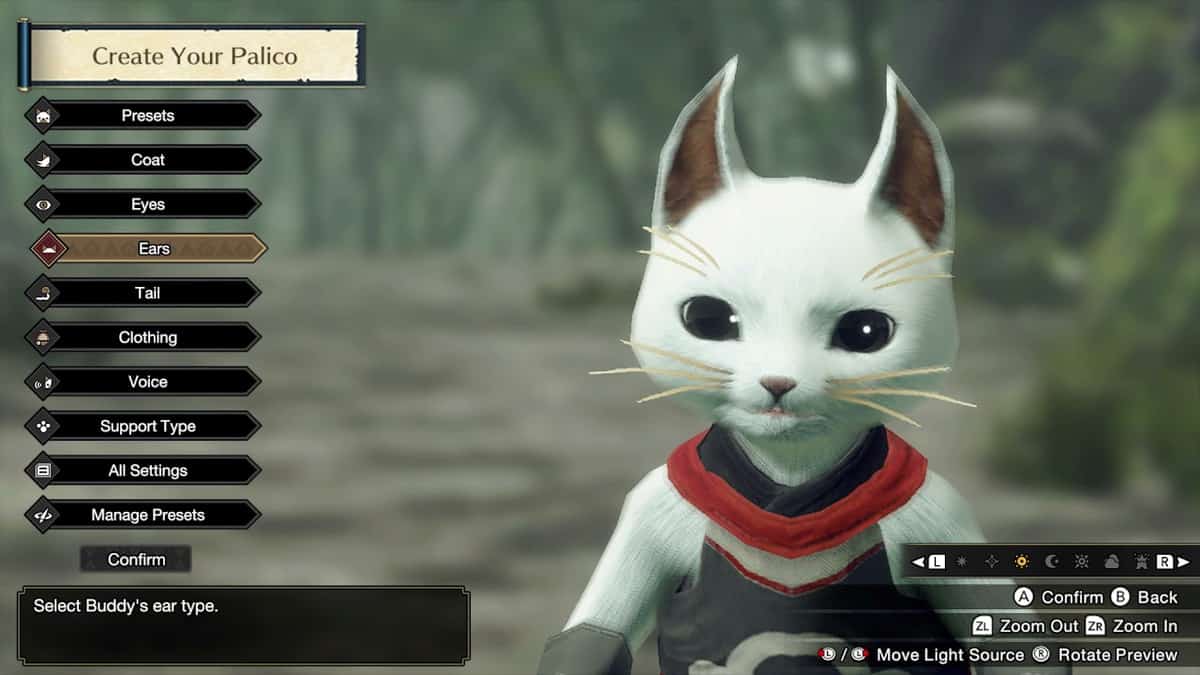 Palicoes are cat-like companions with different abilities that accompany the hunter during hunts. In this guide, we will learn about Palicoes in Monster Hunter Rise and find out what are the different types of Palicoes in the game and the different tasks they can perform.

You can utilize Palicoes in many different ways, including sending them for resource gathering expeditions and having them support you during hunts with buff, debuff, and DPS roles.

Before we discuss their roles and the things they can do in detail, let’s take a look at the different types of Palicoes in MH Rise and how to recruit & level them up.

How to Recruit Palicoes in MH Rise

You can recruit a total of 35 different Palicoes in MH Rise by using the Buddy Scout at Buddy Plaza. The Buddy Scout is a great tool for selecting which type of Palicoe you want to recruit and even specify the exact appearance of your furry sidekick.

Note that every time you leave on a hunt, the Palicoes available in the Buddy Scout will refresh and a new set of Palicoes with randomized appearances and abilities will be available.

So, if you don’t like the current roll of Palicoes, simply start and leave a quest to refresh your list.

There are 5 different types of Palicoes in MH Rise and each type is good for certain playstyles and activities.

Here are all the moves different Palicoes can perform based on their type. It should be noted that the Level 5, 10, and 20 moves are randomly assigned to a Palico of that type so you have to reroll the Buddy Scout until you get the perfect moveset.

Places a healing plant that continuously provides heal to nearby friendlies.

The Palico produces bubbles that burst and heal upon contact. The bigger the bubble is, the more healing it’ll provide.

Your Palico places a vase that cures status ailments whenever you step inside its AoE.

A buddy is healed and becomes temporarily invincible to incoming attacks.

Recovers a large amount of the player and buddy’s health.

The Palico uses a ballista to fire movement-slowing ironsilk at large monsters.

Your stamina consumption reduces as your furry sidekick dances near you.

Places a pouch on the ground that attracts nearby dangerous creatures towards the area.

The Palico sets up a trap that deals shock damage and prevents large monsters from leaving.

The Palico sets up a trap that deals poison damage and prevents large monsters from leaving.

Empowers hunters and other buddies with a fearsome roar.

Creates a whirlwind and then rams it into monsters, knocking them back and causing damage.

Provides attack and defense buffs to hunters and buddies by beating a drum.

The Palico attracts a monster towards itself and then dodges their attack to follow it up with a counterattack.

The Palico becomes angry and its attack power is increased by a considerable amount.

Fires wyvernblast shells at monsters that explode on impact and deal damage. They are roughly the size of a Palico.

The Palico lets loose a bunch of top-shaped bombs that track monsters.

A mine that triggers whenever a large monster steps on it. It can also cause them to stagger based on how fast they were moving and the positioning of the mine.

Sets of a flash bomb that explodes and stuns enemies.

Charges at a monster with a Giga Barrel Bomb.

Fires endemic life at monsters using a ballista and the damage dealt depends on the creature that was fired.

Hurls a massive boomerang at enemies and the actual size of the boomerang varies based on the weapon type the enemies are using.

Your Palico becomes invisible for a while, making it impossible for monsters to hit it and track.

A lingering electric field attack that causes thunderblight damage to monsters within its effective area.

The Palico launches a boomerang attack that steals materials from monsters.

How to Power Up a Palico in MH Rise

Players can temporarily power up their Palicoes by boosting their stats using an item called Felvine Bulb. This item does not have a quantity but comes with a cooldown timer and allows the Palico to gain the following buffs after each use.

You can set up your Palico’s behavior to be exactly how you want and go after specific monster types. Here are the different behavior settings for Palicoes in MH Rise.