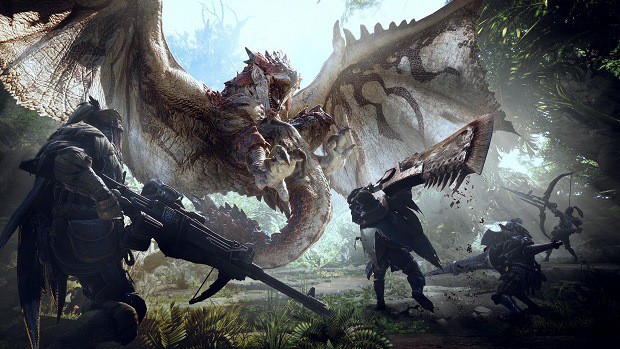 Capcom has announced a new Monster Hunter World expansion, and along with new monsters, a new location, and new gear, players will also be coming across another, different kind of monster hunter. The Monster Hunter World Iceborne expansion is slated to come to consoles in the fall of next year.

Monster Hunter World has brought players a whole new region of the Monster Hunter world to explore, along with new monsters and new weapons, including, in the case of its crossover with Final Fantasy, new monsters from outside of its own world. Iceborne promises to bring even more of that to the table.

The expansion will take place after the main story of the base game, as the Guild continues to explore the new continent and head to a new, icy region. While we don’t know what all will be there, there are hints in the trailer that a monster known as the Narcagua will be making a return to the series.

Alongside the Monster Hunter World Iceborne expansion, players will also be able to team up with a different monster hunter in the form of Geralt of Rivia from the Witcher games, who’s somehow found his way to the Monster Hunter world and is a little out of his depth. There’s no established release date for either the expansion or the Witcher event, but 2019 seems like it’ll be a good year for Monster Hunter in general.

This will be the second time that Geralt has appeared in a non-Witcher game, after he served as the guest character in Soul Calibur 6 back in October. While monster hunting is more up Geralt’s alley than fighting demonic knights, lizardmen, and skeletons, the kaiju-sized monsters in the Monster Hunter world are definitely bigger than he’s used to, especially since witchers don’t hunt dragons.

Either way, once again the Monster Hunter World Iceborne expansion will be coming out in the fall of 2019 on consoles, and at a later date for PC.