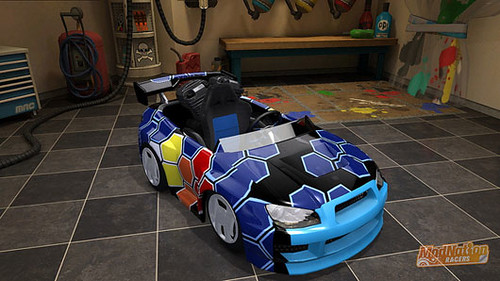 Playstation exclusive casual kart racing game which lets you create your own racing tracks with tons of creations tools and features goes handheld.

Sony during their E3 press conference announced that the beloved kart racing franchise ModNation Racers will be released as part of the launch titles for Playstation Vita.

Excited ? watch the e3 presentation below if you aren’t yet. See how sexy it looks on the PS Vita screen.

Another interesting exclusive game revealed by Sony and it comes with lots of free content.