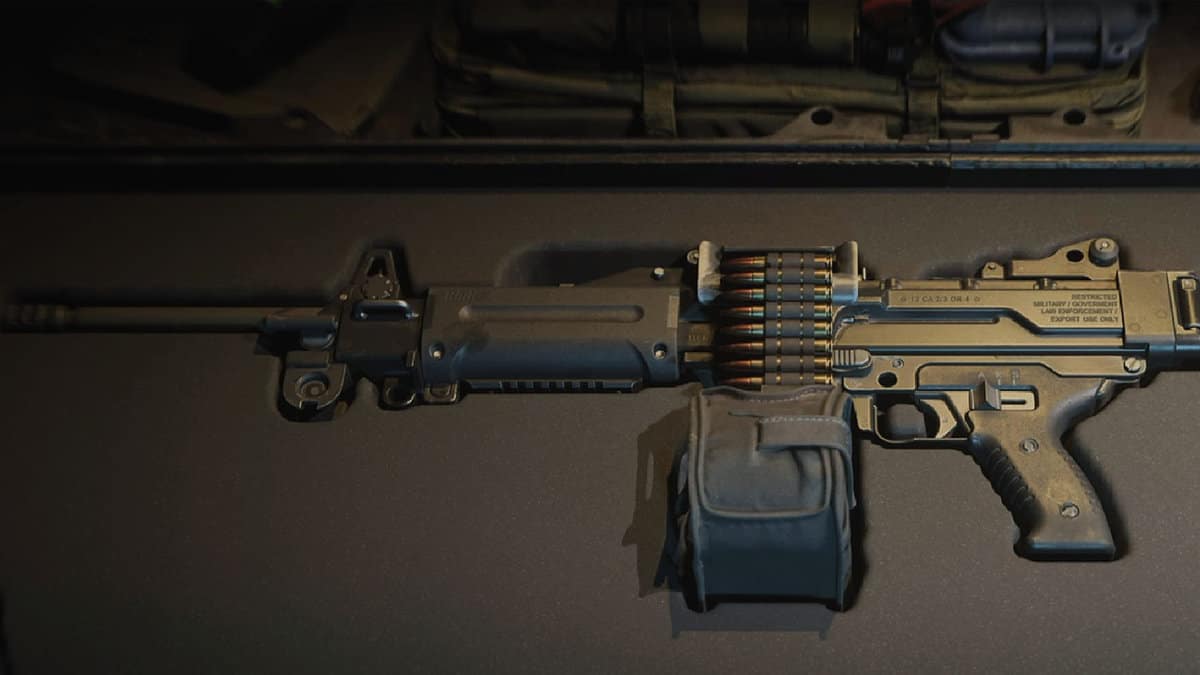 In Call of Duty: Modern Warfare 2, the SAKIN MG38 is a light machine gun that can shoot 7.62 rounds with a high fire rate. Each weapon in Modern Warfare 2 has its own advantages and SAKIN MG38 takes lead in the big ammunition capacity and high damage.

With decent attachment for the best loadout, you can easily build a killing machine with the SAKIN MG38 which is the first LMG you can unlock in MW2.

In Call of Duty: Modern Warfare 2, almost all the weapons are linked to the progressions. SAKIN MG38 is the weapon that is linked to the LMG platform. To unlock this weapon, you don’t have to meet any level requirement.

You can unlock SAKIN MG38 by default from the start of MW2. SAKIN MG38 is one of the weapons that are unlocked from the beginning of Modern Warfare 2 such as VEL 46, Bryson 800, EBR- 14, and M4.

Read this guide to learn about the best Loadouts, Attachments, and MW2 Class Setup for the SAKIN MG38 in Call of Duty: Modern Warfare 2.

Cronen Mini Pro being a universal attachment will suit best the SAKIN MG38, providing you with an accurate vision with its Precision Sight Picture. However, at the expense of a low ADS Speed.

The Bore-490 Muzzle is a well-balanced attachment that will do wonders for this modern warfare 2 class setup, giving you with both horizontal and vertical recoil control.

As a secondary weapon, you will be using X12 which is a semi-auto 9mm pistol. The design of this pistol is inspired by the real-life Glock 17.

This weapon is unlocked quite early in the game, and you must reach Level 31 in Military Ranks to achieve it. The X12 Handgun allows you to attach a Laser to it due to its integrated rail, making it a useful ally in critical situations.

Scavenger will be your primary perk as it refills ammo from dead players. To receive the traits of Tac Resist/Tactical Mask and Hard Wired, the best perk used is Battle Hardened, as it provides you resistance to flash, stun, EMP, and gas effects.

If you are looking to lower the number of kills to achieve a killstreak, then the best option for you is Hardline.

The ultimate Perk, Bird’s Eye will ping the enemy’s location on the map, giving you a chance to use stealth on them.

Stun Grenades will be best used in situations where you want to flee from the scene to escape the damage. Pairing it with the Semtex will be quite deadly for the opponents.