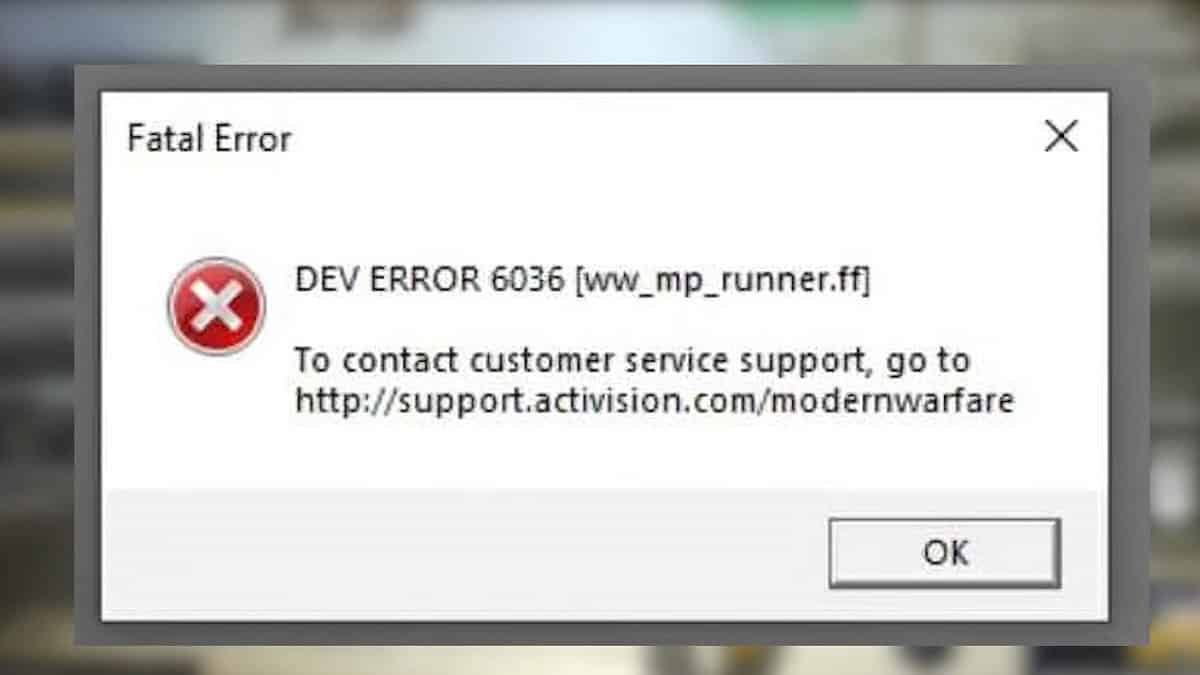 The notorious Dev Error 6036 has been around since the first Modern Warfare. It has frequently been faced while running Warzone as well.

Strange as it is, the same error has returned with the new Modern Warfare 2 and hence, it is time to once again go through a few workarounds and fixes until an official hot-fix arrives (hopefully) down the road.

This error message mostly appears when multiplayer maps are not properly downloaded after installation of the game and in some cases, it even causes the game to crash.

This error has become a nuisance for most of the MW2 players that had high hopes for the game. Thus, read for further details on this error message and possible solutions for it.

If you have small bugs in the game that are not related to any backend problem, it will solve itself if you restart the game. The same thing can be done for the MV2 Dev error. This step is one of the basic troubleshooting and it might solve the error for you.

The developers behind all the games are working hard to solve all the bugs and errors by releasing new updates. You need to regularly check for new updates and install them when available.

Most of the time, the faulty online servers of the game will throw a variety of errors and bugs in the game. The server breakdown can be due to any reason and can cause problems for all types of players.

It’s best to check the status of online servers before doing anything else. The MW2 servers for every platform are different and you should also check individual servers related to the platform that you are playing.

To check the integrity of the files in Call of Duty: Modern Warfare 2, you need to follow the simple steps below:

Call of Duty: Modern Warfare 2 has some in-game features called Cache Spots and Cache Sun Shadows that support fps stability in the game. Disabling this feature might solve the Dev Error 6036

To disable this feature, head into the graphic quality in the settings menu. Within this menu, you will find Cache Spot as well as Cache Sun Shadows options. Uncheck them and save the progress.

This solution sounds stupid but it worked for most of the users. As simple as it sounds, you need to get into the settings menu and change your settings to anything other than English such as Arabic.

The language that worked for most of the users is Arabic, but you can try other languages if that does not work for you.

If, however, you are facing difficulty navigating through the menu in a foreign language, you can pop out the google lens on your phone to translate. Once the gameplay has started, there is nothing different.