Middle-earth: Shadow of War Minas Ithil Walkthrough – The Arena, Before Dawn, The Fall 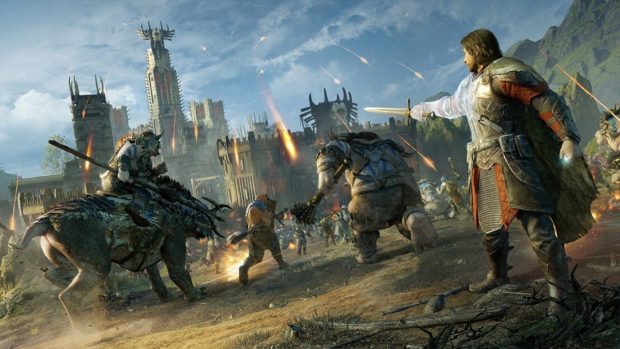 Middle-earth: Shadow of War Minas Ithil Walkthrough will help you with the remaining mission in the region so you can progress with the game without missing anything along the way.

In this Middle-earth: Shadow of War Minas Ithil Walkthrough Guide, we have provided a to-the-point walkthrough of all the quests that you can complete in Cirith Ungol during Act-1.

Shadow of War The Arena Walkthrough
As you start the mission, you will face Olog-hai, however, despite this Olog-hai being a champion, the tactics required to defeat it are the same as before. Dodge its attacks and then stun it when prompted. It might take some time as it has an ability that will give Olog-hai another chance as its health goes down and its damage will increase.

Again dodge and stun when prompted and eventually the Orc will go down. Once it is dead, follow the waypoint to the center and taunt the crown when prompted and a group of Orcs will attack you. While they will be greater in number but, dealing with them shouldn’t be much of a problem.

Also, you don’t need to kill all the Orcs, try to focus on the captains. Kill the captains and a cutscene will play.

Shadow of War Before Dawn Walkthrough
Follow Idril and kill any Orcs you encounter along the way. Rescue captured soldiers by killing the Orcs guarding them and then free them from their bonds. Once all soldiers have been rescued, kill the remaining Orcs and make your way to the waypoint.

After the cutscene, you will have to make your way back to the city bridge, kill the Orcs in your path and get to the city.

Shadow of War The Fall Walkthrough
As the mission starts, you will have to kill Orcs and stay alive until reinforcements arrive. Once you have killed enough Orcs a cutscene will play and then you will have to fight with Nazgul. The Nazgul will mostly stick together and they don’t move quickly.

However, one will come to you to attack so dodge it and land some strikes. Once its health is low, use the Drain attack to get rid of it. Do this for the remaining Nazgul. Once all are done a cutscene will play and then you will have to follow Eltariel.

That is all for our Middle-earth: Shadow of War Minas Ithil Walkthrough with tips on how to complete he Arena, Before Dawn, and The Fall missions.