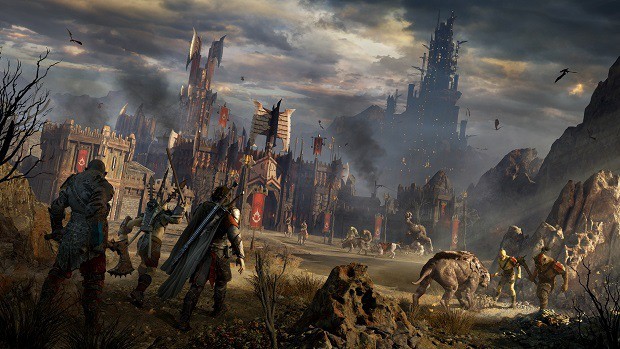 For more help on Middle-earth: Shadow of War, you can refer to our XP Farming Guide, Ithildin Poems Puzzles Solutions Guide, and Fortress Sieges Guide.

In this Middle-earth: Shadow of War Guide to increasing your recruits’ level, we have detailed everything you need to know about raising your followers’ level to maximum so that you do not run into any unpleasantries during a crucial battle.

Middle-earth: Shadow of War Guide to Leveling Up Recruits

Use the Wealth Gem

First, you need to unlock the Ring Slot and insert a Wealth Gem in it. The Wealth Gem in Middle-earth: Shadow of War essentially allow your Dominated Captains to acquire additional levels.

In the game, the Wealth Gem comes in five different rarities with each rarity granting +1 level to a Dominated Captain. Keeping this in mind, you should easily be able to add +5 levels to a newly acquired Captain with a +5 Wealth Gem.

Like the Fighting Pits of Meereen from ASOIAF, Mordor also hosts plenty of them. You can make your recruits fight in these Fighting Pits in order to earn an incredible amount of XP that should help them level up real fast.

However, before you begin, you must unlock the Fighting Pits, which is not easy. In order to unlock Middle-earth: Shadow of War Fighting Pits, you need to successfully siege a Fortress in a region followed by completing a mission that presents itself.

Completing the mission should allow you to unlock the Fighting Pits in the region… permanently.

During the course of the game, you will be allowed to order your recruits to do a handful of chores i.e. killing enemies, helping other allies, laying siege to a fortress, etc. However, I do not recommend leaving everything on the automated system, as it can take plenty of time.

Those of you who wish to speed things up can easily see where a battle is going on followed by joining it to complete it within the blink of an eye. By doing this, you will not only be able to level up your recruits at an incredibly fast pace but will also come across gear drops, new recruits, and more.

This is all we have in our Middle-earth: Shadow of War Guide. If there is anything else that you would like to add, let us know in the comments section below!