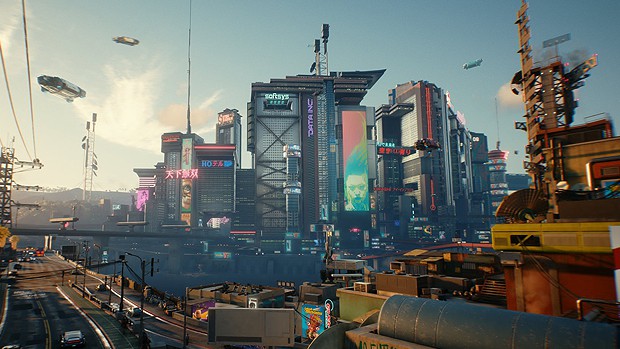 It takes a lot of effort and resources to create a beautiful and dense world like Night City for a game like Cyberpunk 2077. It takes even more to perfect a living and breathing world like the fictitious states of Red Dead Redemption 2. But what if such massive worlds could be created within days through cloud gaming? That is what Microsoft believes will become a norm in the near future.

Speaking with GameRant in a recent interview, James Gwertzman, head of cloud gaming at Microsoft, stated that it “almost feels like a waste” on part of Rockstar Games to put in so much effort and then use the world of Red Dead Redemption 2 for just one game. He took Cyberpunk 2077 as an example as well by stating that building up Night City was not cheap by any means.

The notion being that why not have cloud computing build up such complex worlds which can then be borrowed by developers for their own games? A developer working on a cyberpunk game could borrow the world of Night City and then update it so that the world does not look like a Night City clone. That would not only be quick and cheap but also open to further edits without having to constantly keep an eye on the development budget.

“What if someone else built the world, and you just borrowed it like a backlot at a movie studio and had a live updated version for your game?” said Gwertzman. “We’re already seeing things like that with Roblox, with mods, with Minecraft. On one level these are games but they’re also platforms for building other games.”

Gwertzman believes that cloud gaming will possibly result in companies that only build, lease, or rent out worlds to developers for their games. To see that in action however, one needs to only look at the recently released Microsoft Flight Simulator. The game rendered the entire planet through satellite data in only three days. The same task would have taken a large group of artists and rendering teams months.

“It would’ve been tens of thousands of artists building the earth in 3D, but the computer can do it,” explained Gwertzman. “Once you’ve built the model once and it works, once you’ve trained it, you can run the model on the entire earth. And, it only took 72 hours. It took a massive amount of compute power, but that’s the advantage of the cloud. You can grab thousands of servers for 72 hours and then release them when you’re done. That’s expensive, but you don’t have to be a big company to do that. You can lease the data from somewhere and rent the server space.”