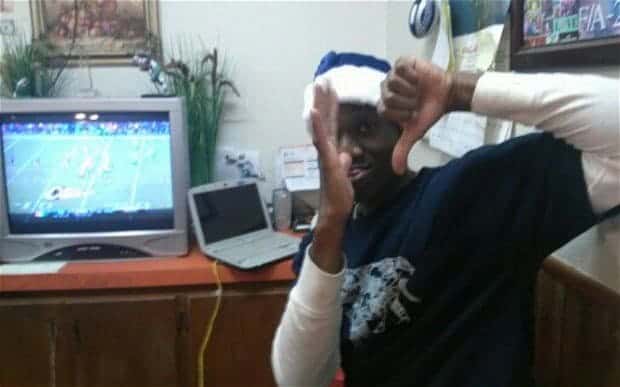 Alright so it happened again. Only recently violent games had been the center of criticism when an 8 year old boy shot his grandmother and took her life. This time though it’s not a kid, according to Telegraph UK the gunman who killed 13 people recently in Washington could be influenced to do so due to games that he played – awkward.

Aaron Alexis, 34, had recently jumped a dozen men in a murder spree that has shaken the world. Even more so because the reason behind the mass murder couldn’t be figured out until the news company came up with a theory.

Apparently Alexis was obsessed with violent games like Resident Evil and Call of Duty and according to what appears to be his closest friend, he would spend up to 16 hours straight while he played – some gamer he was!

What amazes me is that the media wouldn’t take up theories on the fact that he also felt discriminated or screwed financially or carried a gun with him all the time. Instead of guns, the media jumped to games as a motivation.

The headline reads: “Aaron Alexis: Washington navy yard gunman ‘obsessed with violent video games’” now this doesn’t surprise me though, because similar incidents have been related to some violent games in the past too.

Maybe it is the fact that some of the journalists just can’t digest the fact that games are meant to be games, and maybe there actually is a link between the two. I guess it will take more than the word of a few journalists to form a verdict on that.

According to the same news story, Alexis was a decent man and a Buddhist who had never shown any signs of such a behavior in the past – apart from of course the discrimination that he felt. He had once shot gunfire into his ceiling but that was claimed to be an accident.

My point here is, the image that Telegraph has shown of Alexis while he played a game is probably of Madden. Playing gamers is a hobby, not a medium to turn someone into a psychopath and if something meager had to be the reason behind what he did, it would rather be the discrimination or the pressure of his financial condition; not games!

What’s your take on this? Do you think games that promote violence are a threat to the society in the same way as these news suggest?