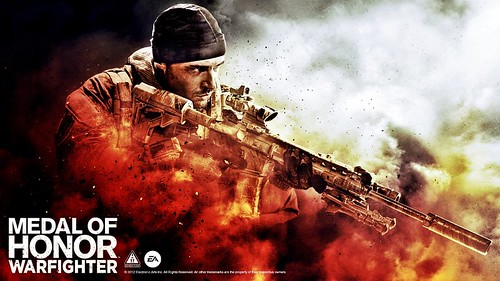 If you are a PC gamer, there are possibilities that you may face some problems/game breaking issues not letting you start or enjoy the game properly. Medal of Honor Warfighter had a descent beta run, but if you are still having problems in the full release, you can look for the Medal of Honor Warfighter Errors and Fixes in the points listed below.

#1 Medal of Honor: Warfighter Punkbuster Fix
Multiplayer of Warfighter is based on Punkbuster as an anti-cheat system. If you are continuously being kicked out of the servers by punkbuster, make sure that you have it update from here using the pbsetup.

#2 How to Change FOV
Warfighter allows a greater degree of customization (tweaks) so yes, you can change the default FOV by doing the following:

#3 Crash Fixes
If the game is being crashed continuously, make sure that you have done the following things:

After exiting steam, Browse to your Medal of Honor installation folder and run the following setups manually:

And if you are using Windows 7 or Vista, you can do the following to avoid the crashes:

#4 Medal of Honor: Warfighter Controls Issue
Started playing the game but the soldier automatically starts moving to a certain direction? Can’t change anything on the menu screen because of repeated up/down movements of cursor? This issue is arising because Medal of Honor can automatically assign your controller, so if you have any controller plugged in, unplug the controller and the issue will be resolved.

#5 Multiplayer CD Key Issue
The problem was in the previous iteration and there is a possibility that you may also face it in Warfighter. You can do the following to get rid of this issue:

If at any time you are prompted for your CD Key, please right-click the Single Player version of the game after it has been installed and click “View Game CD Key.” You may copy and paste the CD Key from that dialogue. If the “View Game CD Key” option is not available, please Verify Your Game Cache.

#6 Black Screen in Car Mission
This error might happen due to High graphical resolutions. You need to Lower all settings to Low first and check if the problem is resolved.

If the problem still occurs, you need to play the mission in Windowed mood.

#7 Low FPS, Freezes & Hangs
If you encounter Low frame rate while playing the game or it freezes a lot or runs in a very jerky way, you need to take the following measure:

#8 No Sound while Playing
If your game is not producing any Sounds at all, check if correct Audio Playback Device is selected from the System Settings. There is not any specific Bug in the game which effects Sounds, so it must be an external-to-game problem you are encountering.

#9 Stopped Working Message
If you are continuously getting a message saying “Medal of Honor Warfighter has stopped working”, you need to update and re-install your audio drivers.

If it doesn’t works, Repair Origin and update your graphics card drivers.