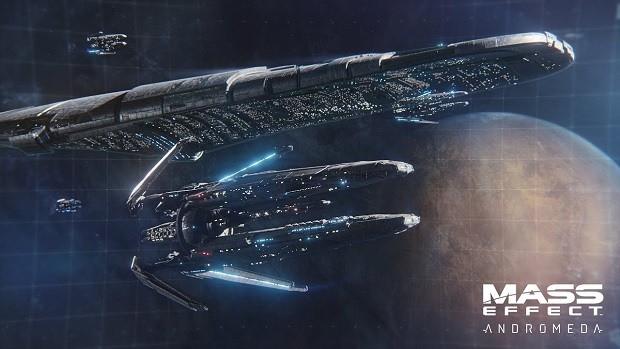 Mass Effect Andromeda Missing Arks Side Missions Guide to help you locate all the missing arks which were to return to Nexus.

Along with Ark Hyperion, there was Ark Turian, Ark Leusinia, Ark Natanus, and Ark Salaria. All these arks were supposed to rendezvous at one point but went missing. In Mass Effect Andromeda, only the Ark Hyperion returned which houses a majority of the Human population traveling to the Heleus Cluster.

After reaching the Angaran planet Aya, acknowledge the e-mail about the Turian Ark and head over to Havarl. Once you’re there, complete the ‘Helping Havarl’s Scientists’ quest.

After completing this mission, one of the scientist will talk about rumors of hard-skinned aliens. The scientist will also draw similarities between the rumored aliens and Vetra if she’s in your party.

From there, you need to follow the nav beacon to the Turian encampment on the east side and defeat the Roekaar raiders there. Once done, speak with Avitus Rix about the location of the Turian Ark. At this point, you can either continue the search solo or alongside Rix.

While following Cora’s B-story, you should come across a ship called the Periphona that escaped the Asari Ark, the Leusinia. After finding the shipwreck, the transponder should lead you to the ark to complete the objective.

Finding this missing ark is pretty simple! All you’re required to do is to complete the Priority Ops mission titled ‘Hunting the Archon’. During the mission, you’ll be either required to save the Krogan or the captive Salarians. Regardless of your choice, you should be able to find the Salarian Ark without a problem.

This is all we’ve on our Mass Effect Andromeda Missing Arks Side Missions Guide. If there’s anything else you’d like to add, let us know in the comments section below!