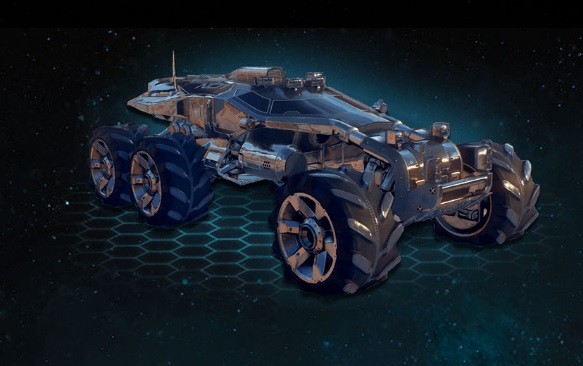 Mass Effect Andromeda offers players a multitude of customization options and some unique looking armor sets with their own special stat bonuses. The Pathfinder Helmet and Platinum Nomad Skin are two of the examples of this customization feature.

This Mass Effect Andromeda Pathfinder Helmet and Platinum Nomad guide will help players in acquiring these unique items for their character and the Nomad rover.

Both the Helmet and the Platinum Nomad skin are part of the Andromeda Initiative promotion.

To get the Nomad skin, players simply have to sign up on the Andromeda Initiative website. The Pathfinder Helmet on the other hand requires a bit more work although that isn’t difficult either.

In order to get the helmet, players have to log in to their Andromeda Initiative account, sign up for the newsletter and then watch all six training videos.

It should be noted that the videos can’t be skipped or players can’t simply close them after a few second. In order to qualify for the reward, each video needs to be viewed till the end.

Since the Andromeda Initiative videos help explain the backstory of the game, it is recommended to go through them.

Once players have seen all six videos, they will have unlocked both the Pathfinder Helmet and the Platinum Nomad skin.

To claim these items in game, players must first progress through the story until they have reached the Tempest.

Aboard the Tempest, all rewards are claimed from the computer inside the Pathfinder’s quarters. After claiming them, players will be able to use the Pathfinder Helmet before embarking on field operations.

To actually use the Nomad skin, players will first need to unlock the rover through the mission on Eos. After that, they can simply change the Nomad skin using any forward station.