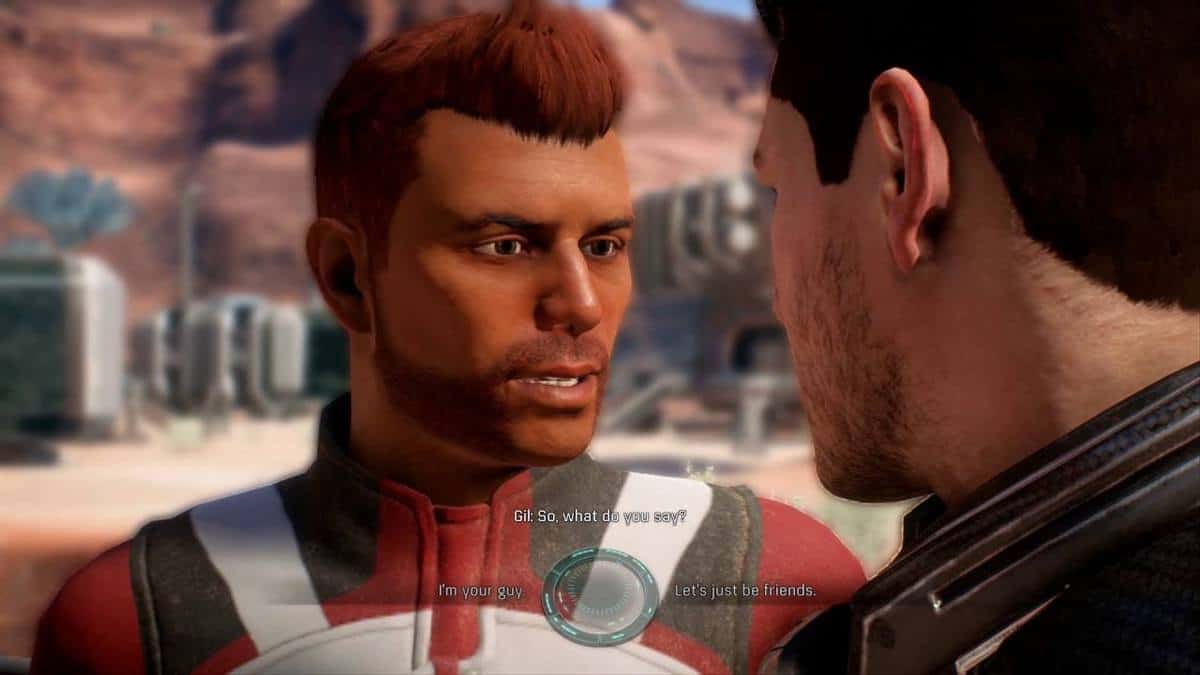 Gil Brodie, the engineer aboard the Tempest is one of the romanceable characters in Mass Effect Andromeda despite not being a squad mate players can take out in the field. Gil can only be romanced by male Ryder and is pretty easy to woo.

For more help on Mass Effect Andromeda, read our How to Romance Guide, Major Choices Walkthrough and Augmentations Guide.

Gil can be found near the Cargo Bay, in the Engineering area checking up on the Tempest’s power core. Throughout the game, this is where Gil will mostly be located so players don’t have to search around for him in order to advance their relationship.

During their first conversation with Gil, players need to select “I’ll do more than show up” dialogue choice in order to start flirting.

As players continue through the game, they will find out that Gil really likes poker and is quite good at it so whenever the chance arises, players should accept his invitation to play Poker with him, which usually takes place on the Nexus.

After vising planet Aya and then returning back to the Tempest, players need to visit Gil once and have a casual chat with him until they can select the dialogue choice “and now what?” which will once again result in an improved relationship.

Gil is a pretty casual person and is always in the mood for chat and fun so players should engage with him as much as possible.

After completing a Trail of Hope mission, players can once again talk to him and select “Slow down, big guy” dialogue.

Once they have completed Hunting the Archon mission, players will receive and email from Gil to meet him on Prodromos.

If players take him up on the offer, they will have a chance to properly commit to the relationship and then return back to the Tempest and meet Gil in Engineering to finalize their exclusive partnership.