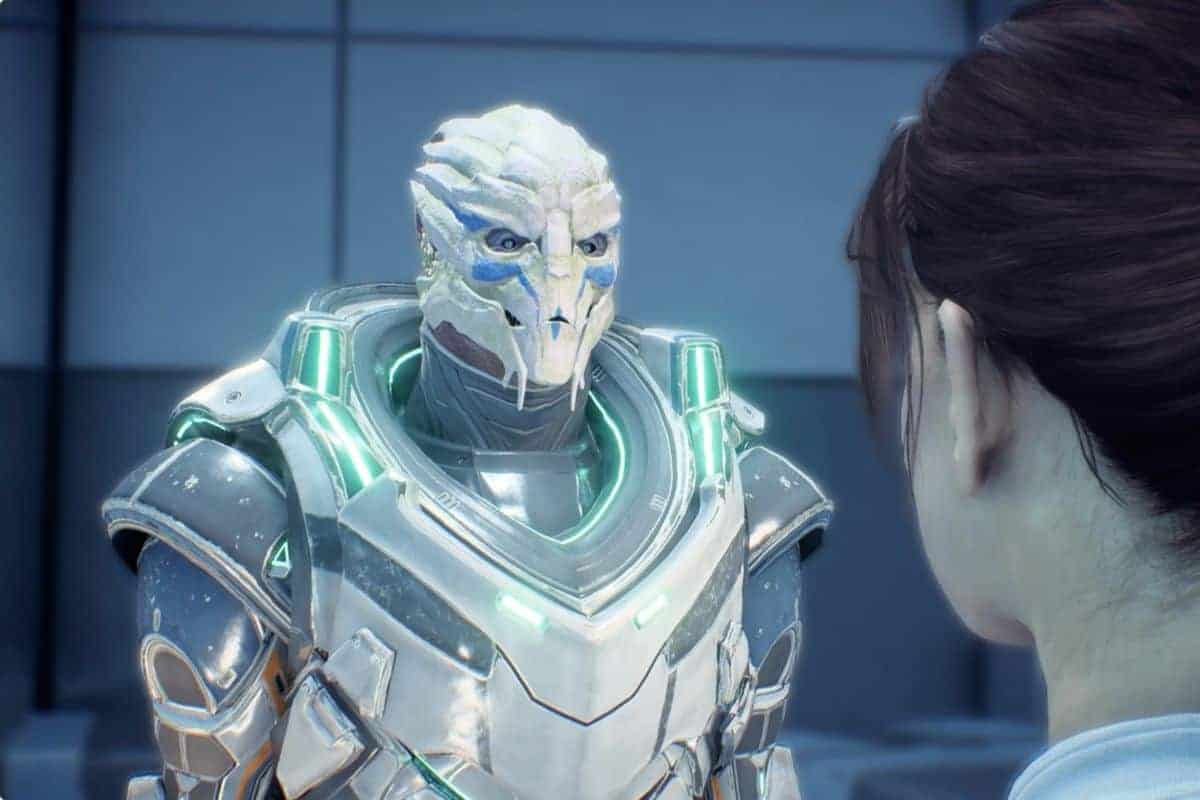 One of the earliest side quests players can pick up, First Murderer, starts on the Nexus as players talk to a Turian woman in the Militia Office of Nexus Operations area. Mass Effect Andromeda First Murderer guide will take players through the Nexus parts of the quest and then onwards to Eos in order to find evidence to exonerate the husband, Nilken.

Her husband is accused of committing the first murder in this new galaxy.

Before picking up the quest, players need to make sure they have unlocked the Nexus which means docking Ark Hyperion and transferring power to the space station. After talking to the wife, Mariette, at the Militia Office and agreeing to look into the case, players need to go talk to Nilken in prison which happens to be just across the hallway.

The prison cell will be guarded by Aker but players can talk to him to let them speak with the prisoner. Nilken assures Ryder that he is innocent but since people saw him arguing with his friend, the person who died, he is now blamed for the murder.

Once players assure him they will look into the case further, they need to go talk to Kandros, the militia officer standing near Mariette.

While Kandros thinks Nilken is guilty because of the evidence against him, he does allow Ryder to look further into the case and points towards Cassidy Shaw who witnessed the whole thing as well as some security footage. Players can view the footage on a nearby terminal and then proceed to talk to Cassidy on the upper part of the Nexus bridge.

Cassidy will tell players that she was present when the incident occurred but since there was a sandstorm, no one actually saw the action just the victim screaming. A proper autopsy couldn’t be conducted since the body was never recovered on orders from Director Tann.

After finishing the conversation with Cassidy, players need to go and talk to Tann about the case and once he allows players to recover the body and investigate further, the Eos part of the quest will begin.

Once players finally reach Eos and the quest area where the murder was committed, players will come up on some leg armor half buried in the sand. It can be difficult to spot so using the Scanner is helpful in tracking it down. The leg armor acts as a bread crumb and players need to follow the marker to more pieces of armor scattered around the area until they reach a Kaerkyn Cave.

The enemies inside the cave are small and easily killed, having done that players can enter the cave and scan the body to receive the data from the Omni-tool of Chief Reynolds. While the data confirms that Nilken didn’t kill Reynolds, it also shows that the same time Reynolds was killed by a Kett, Nilken fired at Reynolds to kill him but he missed.

Back on the Nexus, players need to confront Nilken about his lie and then talk again with Director Tann, share their findings with him and then decide on Nilken’s fate, whether he should be sentenced to death or freed.