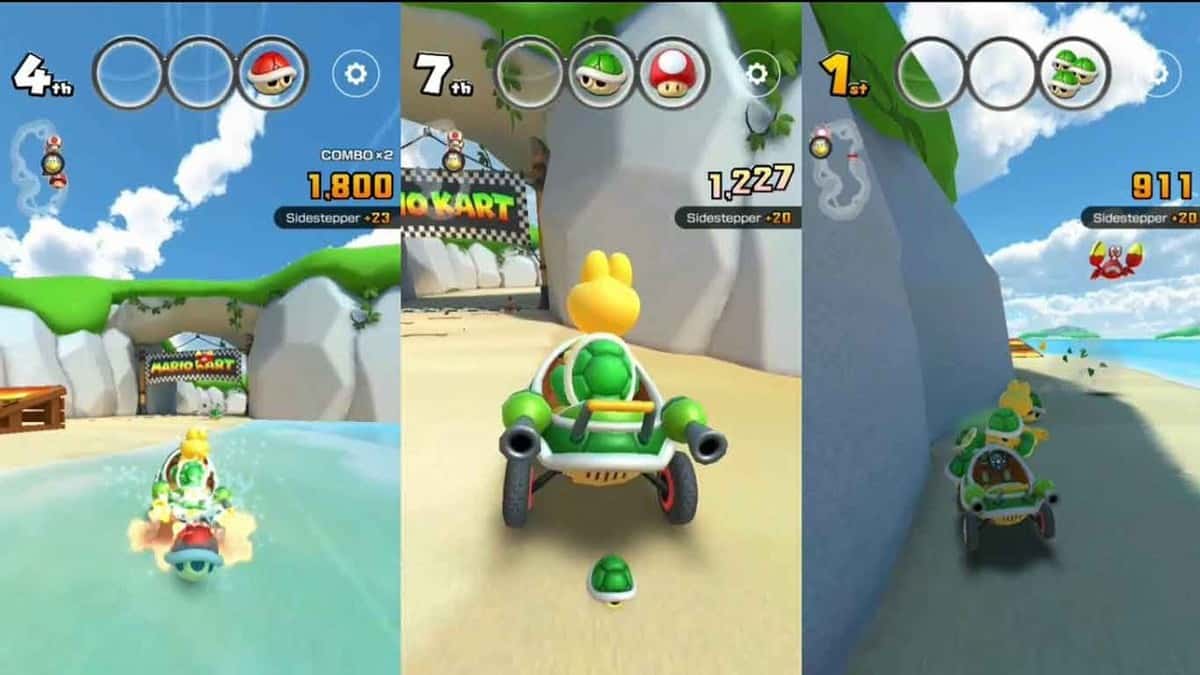 The sidesteppers are tiny red crabs with yellow claws, they move side to side (hence the name sidesteppers) and are commonly found in water courses (or beach courses), such as Cheep Cheep Lagoon and Koopa Troopa Beach.

Fortunately, it’s actually pretty easy to take out the sidesteppers. All you need to do is go on one of the maps mentioned to get the highest chance of them appearing, hit them with an item/weapon, any item/weapon is ok, shells, bombs, etc. to officially take them out.

If you are feeling like it you could even use your own vehicle, ram them and it still counts as taken out, As long as they’re hit, they will officially count as being “taken out”.

Pretty easy right? It gets better, apparently, you don’t need to get all 5 in one go either, as the game keeps a count of how many you’ve destroyed, you can go as many rounds you want to get them all.

If you want to get as many in as you can in the same game, just remember to keep a lookout because the Sidesteppers get moved in the second lap, so don’t expect to see them in the same place.

There it is, no special buggies required no special characters you need to pick to get the job done, happy hunting!