Original Story: Mafia Game official Facebook Page accidentally leaked the teaser for the Worldwide reveal of Mafia 3. Yes, if that post is to be believed, we will get to see Mafia 3 on August 5.

The post has now been deleted but we managed to take a screenshot: 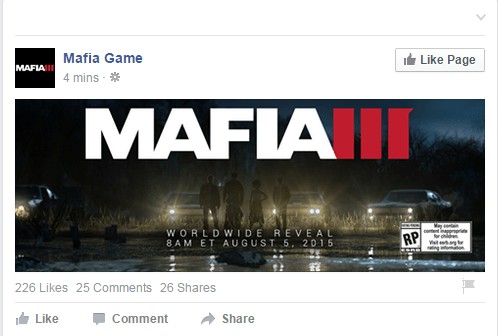 It seems someone pressed the publish button a bit early.

The image above suggest an August 5 reveal, so that means we will get to see the reveal at Gamescom. No other details are available so far but we will have more for you in a while, so stay tuned.