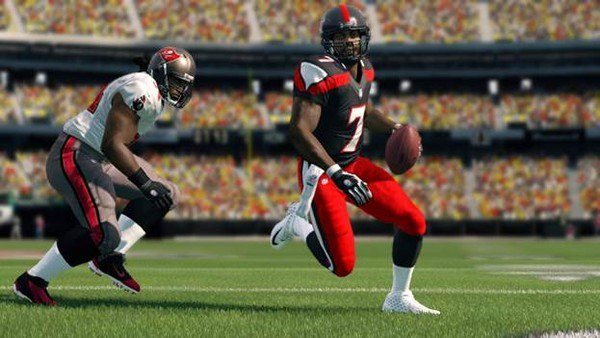 Few would argue that the most vital position in the NFL is the Quarterback. Not only are they viewed as the emotional leaders; they are also the only skill position (usually) guaranteed to touch the ball on every snap.

Having a capable QB is a top priority for every NFL franchise, and this should also be a priority for anyone building a team on Madden 25.

Below are the top rated Quarterbacks in Madden 25:

Madden rates their players based on real-world performance and attributes.

It is important to note that certain attributes may give you a larger performance advantage in this game than it would in reality. So the team at SegmentNext has re-rated the Top 5 QBs in Madden 25 to reflect gameplay performance, not just real-world performance. You’ll notice a trend:

Aaron Rodgers
The king keeps his title. Aaron Rodgers is nearly flawless in Madden 25, possessing sniper-like accuracy and the ability to take off if needed. Having four targets with ratings over 85 doesn’t hurt either.

Drew Brees
Our first Top 5 shake-up. Brees has a cannon and can drop the ball on a dime. His ability to make plays outside of the pocket gives him a leg up on the others previously above him.

Robert Griffin III
The first example of gameplay trumping reality. Is it just us, or is RGIII nearly impossible to defend on Madden 25? He clocks a modest 89 rating, but his elite speed makes him a stud.

Tom Brady
Slipping two spots in the rankings due to the one-dimensional nature of his skill-set. In reality, Brady deserves Top Three Billing. In Madden 25, his pocket passing can limit your options.

Cam Newton
Another newcomer to our list. Similar to RGIII, his athleticism and ability to make plays outside of the pocket are phenomenal. Opponents are vulnerable no matter what they choose to defend.

While this list wouldn’t be taken seriously in a “Best NFL QB” debate, it’s merit as a “Best Madden QB” debate is undeniable. Being a dual-threat gives you a huge edge in this game.