Madden 23 Best QB in the Game 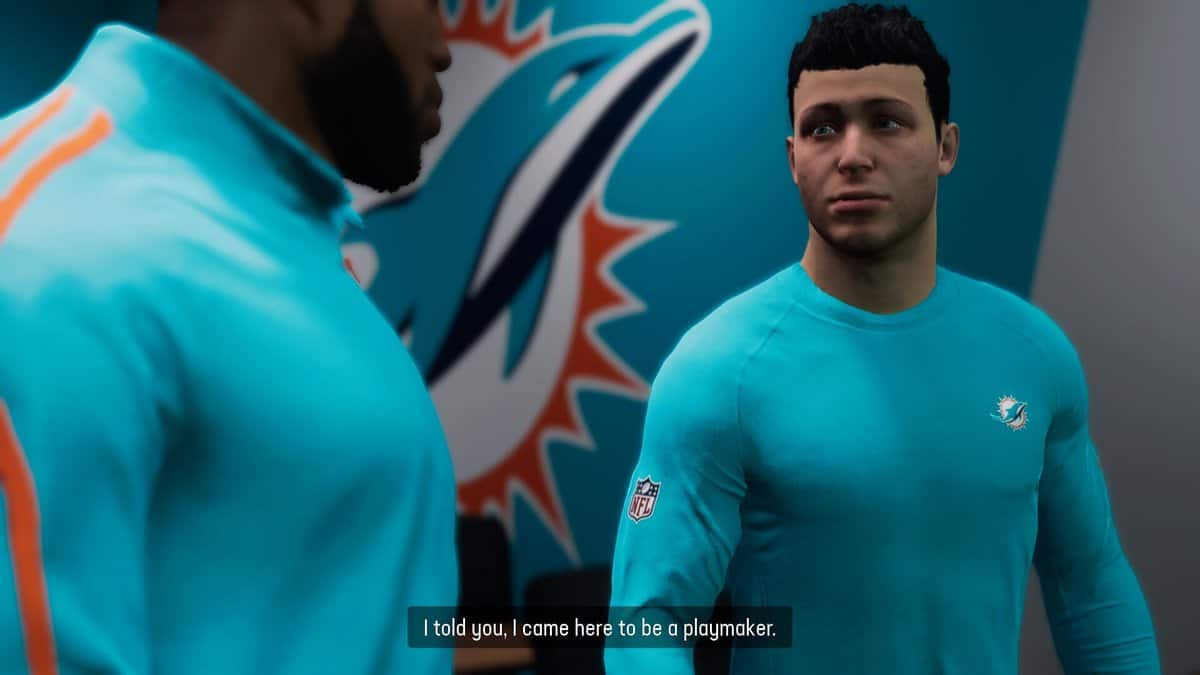 In Madden 23, assembling a team from a plethora of players is not an easy task to accomplish when everything is on the line. The options that are available offer something that few others lack. That can be said the same for the quarterbacks in Madden 23. This guide will list down the best QB that you can find in Madden NFL 23.

Quarterbacks or as they are well known ‘leaders of the offense’ is something that impacts your game due to their performance alone. This position requires the best of the best to launch a proper attack on the defending team, it is absolutely necessary to pick the best player you can find in Madden 23.

To help you make the decision with ease, we have narrowed down the best QB players in Madden 23.

The Beast of Philadelphia Eagles Jalen Hurts is best among the best in the QB role. Hurts has 88 throwing power with the quickdraw ability that’ll help in passing the ball when under pressure. Hurts also have 85 speed which makes him the fastest alongside Escape Artist ability, which makes him slip out when in a pinch.

Next up, you will find Joe Montana of San Francisco 49ers with 76 speed and 89 overall. He may be a bit slow but his passing rating is the highest of all the selected QB players. He fits up in any formation and can perform really well when under pressure.

The 6’4” of Cincinnati Bengals is Joe Burrow. He has a balanced QB style with aggressive Force Passes that makes him an ideal leader to launch out an offense. He also has a Disciplined Penalty and is ideal for any aggressive formation.

Josh Allen of Buffalo Bills comes with standard 80 speed, offering the second-highest throwing power. Allen has a pocket QB style alongside aggressive force passes that fits him in any formation you’re going for.

Trevor Lawrence of Jacksonville Jaguars has overall stats of 88 with 81 speed. His throwing power is exceptional with a Balanced QB style and Aggressive Force Passes making him best for any formation your playstyle suits at.

Patrick Mahomes is a 26-year-old American professional football player that plays for Kansas City Chiefs. He has an overall QB rating of 87 with 78 speed. He’s recognized as the Superstar X-Factor with Improviser Archetype, and he also possesses a Default Running Style.

The 38 years old Aaron Rodgers belongs to Green Bay Packers. He’s a 6’2 QB with an overall QB rating of 87 and a speed of 72. He has 17 years of professional experience, a Field General Archetype, and a Default Running Style.

Similar QB ratings to Aaron Rodgers, Jameis Winston, is a QB player for New Orleans Saints. This 6’4 player is right-handed with an improviser archetype. He has great potential and has climbed up charts in just one week to secure his latest position. He has an overall QB rating of 87 and a speed of 87.

The 6’5 QB belonging to the Washington Football Team, Carson Wentz, is a six years pro player that secures an overall rating of 86 with a speed of 79. He has the Scrambler archetype and great agility, making him a decent choice for you.

One of the top rookie QB, Desmond Ridder, belongs to the Atlanta Falcons with an overall rating of 86 and a speed of 83. In addition, this young 6’3 player possesses great General Ratings and Passing-specific Ratings, making him a great fit to keep as QB in your plays.

The Pittsburgh Steelers QB, Kenny Pickett, is a 6’3 Field General archetype player with an overall Qb rating of 86 and speed of 78. He becomes a good choice with his great Acceleration, Strength, and Agility.

Justin Herbert, rated as one of the best young QBs, belongs to Los Angeles Chargers. He has an overall QB rating of 86 with 78 speed. This 6’6 player is definitely going to be an asset to your team with his with Field General Archetype and great general and specific ratings.

Tom Brady is a 45-year-old Quarterback (QB) for the Tampa Bay Buccaneers who has an overall rating of 86 and has remained consistent with his weekly rating movement. He has a Field General archetype and is considered the greatest quarterback to play the game.

Belonging to the Minnesota Vikings, Kirk Cousins is a 34-year-old American professional football player with a quarterback position. He has an overall QB rating of 85 and 70 speed. He plays best in plays in the 300-yard games and has set the Minnesota Vikings record with 17 straight completions.

Derek Carr belongs to the Las Vegas Raiders team and has been a professional player for eight years. He has an overall rating of 85 with 75 speed. He has a Field General Archetype, Default Running Style, and a consistent weekly rating movement. Carr has always been one of the best deep-ball quarterbacks in the NFL.

Considered one of the best quarterbacks in the NFL, Joe Burrow is the well-reputed choice among league executives, coaches, and players. He has an overall QB rating of 85 with 71 speed.

Mathew Stafford belongs to the Los Angeles Rams team and plays as QB with a Strong Arm archetype and Right handedness. He has a Default Running Style and the status of a top-10 quarterback in the game.

Known as a dynamic NFL player who can run and pass the ball, Kyler Murray serves as QB in Arizona Cardinals. He has an overall rating and speed of 85. He’s one of the shortest quarterbacks in the NFL, but that doesn’t stop him from performing the best.

King of the most wins by an NFL quarterback through nine seasons, Russell Wilson is an absolutely great choice. With an overall rating of 85 and a speed of 78, he should make the cut for your Madden 23 dream team.