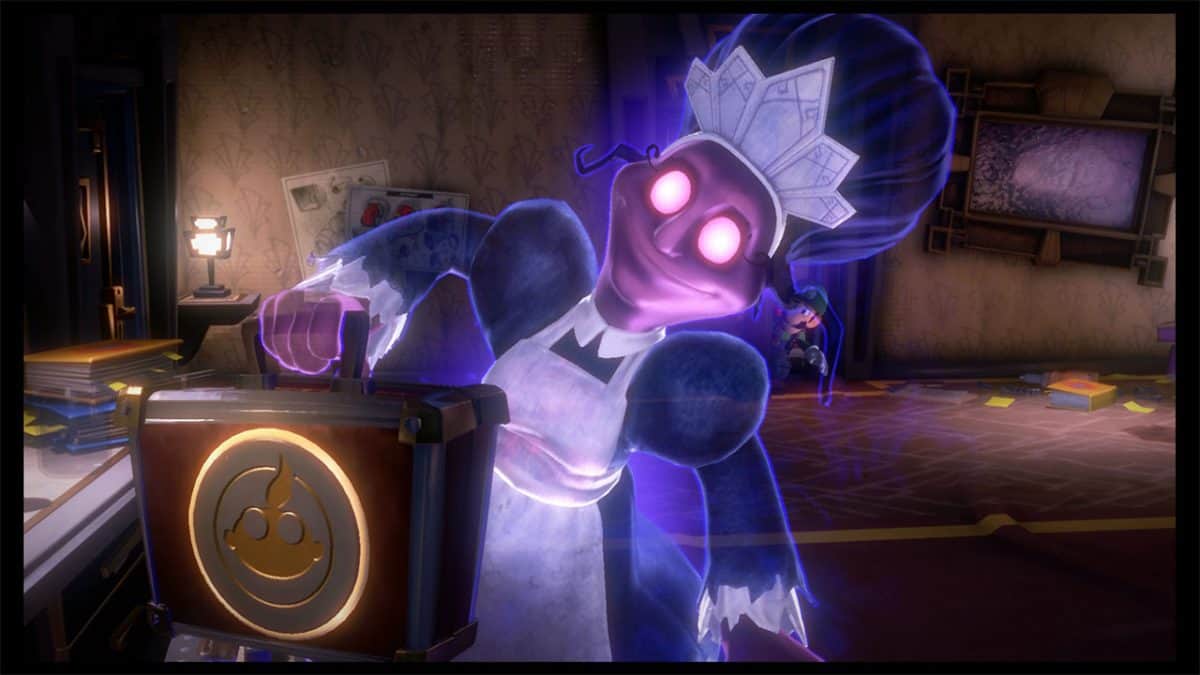 You will have to search for E. Gadd’s briefcase on the fifth floor in Luigi’s Mansion 3 and while doing that you will have the honor to meet the Maid Chambrea Boss Ghost. This one is a little tricky to take down because most of us don’t know what you do when dealing with her first. But in this guide, we will teach you how to take her out easily. Let’s get started.

You can find her in Room 508 while you are going through the RIP suites. She will actually swallow the briefcase that you were looking for in her ghostly body and in order to get it out of her you need to fight her. But she will try to flee and when you go about finding her, you will have to face three other smaller ghosts.

You can easily beat these three ghosts by slamming them on the ground using your vacuum. Then you will have to find her in the other room going from 508 to 507 and so on.

The suitcase that Luigi needs is in her. You can stun her using the strobulb. You will be able to see the briefcase in her stomach. Then suction cup will be used to stick to that and then you will be able to slam her down a couple of times.

You wouldn’t be able to vacuum her because she will use the feather thingy she has to make Luigi sneeze. You will fight her in room 507 then room 505 and then room 506 where you can finally defeat her and then suck her up.

Whenever Chambrea flees, you will use the Dark-Light to locate her by finding her imprint on the door of the room she is in and then using the same method to take her down and when her health has dropped then you will be able to catch her inside the Poltergust.

You will the elevator’s button for the third floor as a reward for defeating her.

Before you go into the maid boss fight it is recommended that you practice the suction cup attack. If you hold Y then an aiming reticule will appear which will make it easier for you to use this attack.

Another way to go about it is by just facing the maid and pressing Y which will lock the suction cup onto her automatically and when that happens you can slam that slippery maid ghost on the ground easily which will greatly impact her health.

Beating the three ghosts before you fight her will actually also be kind of practice of how you can go about defeating her. But it would be quite easy to take her down now that you know how to go about it. Best of luck with that.

This is all that you need to know on how to defeat the Maid Boss. For more guides visit our site and have fun taking out the maid.