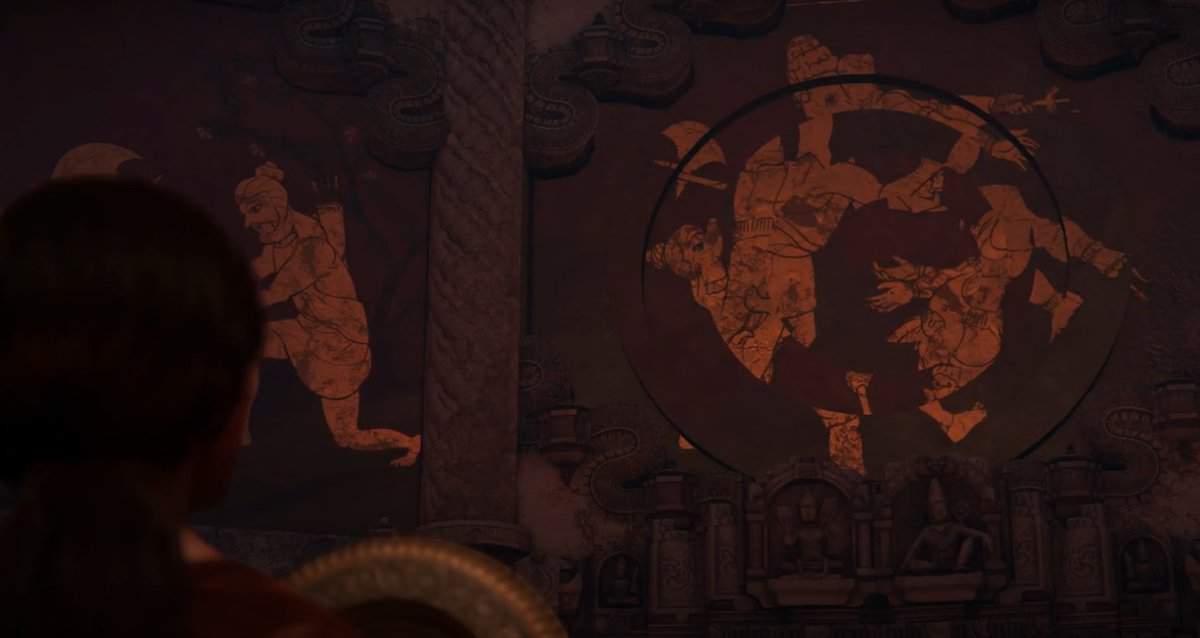 How to solve the Parashurama and Ganesh puzzle in Uncharted: The Lost Legacy

Chapter 7 of Uncharted: The Lost Legacy features two puzzles, one of which is the Parashurama and Ganesha Puzzle, which is a combination of panel depictions and movement.

In the Parashurama and Ganesha puzzle, you must interpret one of the panels in order to impact the statue of Ganesh.

You’ll come across the Parashurama and Ganesh puzzle after you’re done with the Shiva Light Beam Puzzle in Chapter 7 of Uncharted: The Lost Legacy.

To begin, you must pull the two levers down to reveal the panels portraying Shiva wielding the axe against Parashurama.

Following that, Parashurama will sever one of Ganesh’s tusks. Once you’re over this step, return back to the pedestal in the middle to begin solving the puzzle.

To begin solving the puzzle, you must first rotate the first and outermost rings, followed by the fifth and innermost rings, and the second, third, and fourth rings in between.

Here’s how to effectively solve the Parashurama and Ganesha puzzle. As previously stated, you must align the rings, but the question is in what pattern?

To begin, rotate the outer ring so it contains Ganesh’s trident and Parashurama’s right foot. Afterward, move the 2nd dial until it aligns with the first one (outer ring).

As for the third ring, you need to align it with the first and second rings. Do keep in mind that the first 2 dials will move as you turn the 3rd one but don’t worry, just keep rotating until all 3 align.

For the 4th dial, keep rotating until the arms and torso of both Parashurama and Ganesh align.

Coming to the 5th ring, simply rotate it until it aligns with the others. Even though this moves 3rd and 4th ring just keep rotating till they complete.

This will disturb the outermost ring, so return to it and align it with the background once more.

When you’ve completed the preceding steps, all five rings should match. You now have the solution to the puzzle! However, that is not the end of the story.

In order to finish the puzzle solution you’re required to lower each of the Ganesh statue’s arms one at a time and there, you have successfully completed the Parashurama and Ganesha Puzzle.