How to Defeat Rudric in Lost Ark 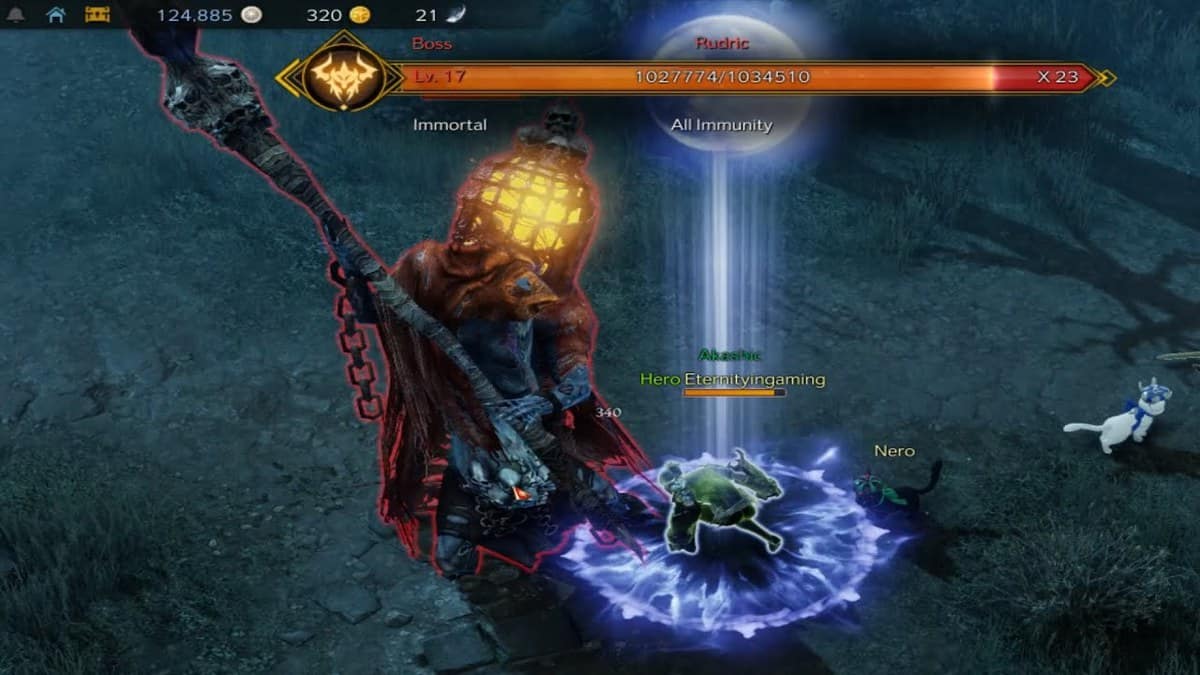 Rudric can be a challenging enemy if you are not careful and will take you out effortlessly if you try to fight him without a plan. This guide shows you how to defeat Rudric in Lost Ark without breaking a sweat and informs you about his location as well.

The fact that you will be facing Rudric right at the beginning of the game increases this creature’s importance. Therefore, players worried about where to find and defeat Rudric should read this guide until the end to get useful tips regarding its location and how to defeat this creature.

Now, we will be explaining where you need to go to find Rudric in Lost Ark. Players can get some information about Rudric through the journal known as Adventure’s Tome.

His background links to the Sacrian Empire, where he served as a priest. Unfortunately, he was punished due to his wicked nature.

Due to the incomplete spell he cast upon Sacria Chapter, he completely lost his mind and consciousness. Since each of the continents is headed by a boss, Rudric is the boss of Rethramis.

He can be found roaming in the vicinity of the graveyard. So, the graveyard located in Rethramis region is where you need to go to find Rudric. Towards the east of Monastery and south of Graveyard, you will see Rudric appearing as soon as you reach this location.

There is a gap of 30 minutes between his appearances. Here is an image showing the exact location of Rudric on the map.

How to Defeat Rudric in Lost Ark

Rudric is one of the toughest of all world bosses in Lost Ark. Due to this difficulty level to defeat this boss, we advise that you shouldn’t face this boss individually rather than go as a team against him.

His health ranges up to 10 million, making it almost impossible for you guys to play solo against this creature. You will need a lot of healing potions and no mistakes in your moves if you want to go solo against him.

You will need the best machinery to fight against this boss. First, try to shield yourself from his strikes. Players need to stay close to Rudric, but they should also make sure to pass through the blue ring formed around the boss and not get caught.

Another move that he will use will be calling undead minions to help, so you can counter it when the surface under the boss converts into crimson.

Now, dodge out and combine it all to attack him. So, the best way to defeat him is to dodge his attacks while staying close to him.

Best Armor set to use is an armor set and some unusual earrings, also known as Cruel Reaper Earrings.