Lost Ark Off To The Races Quest Guide 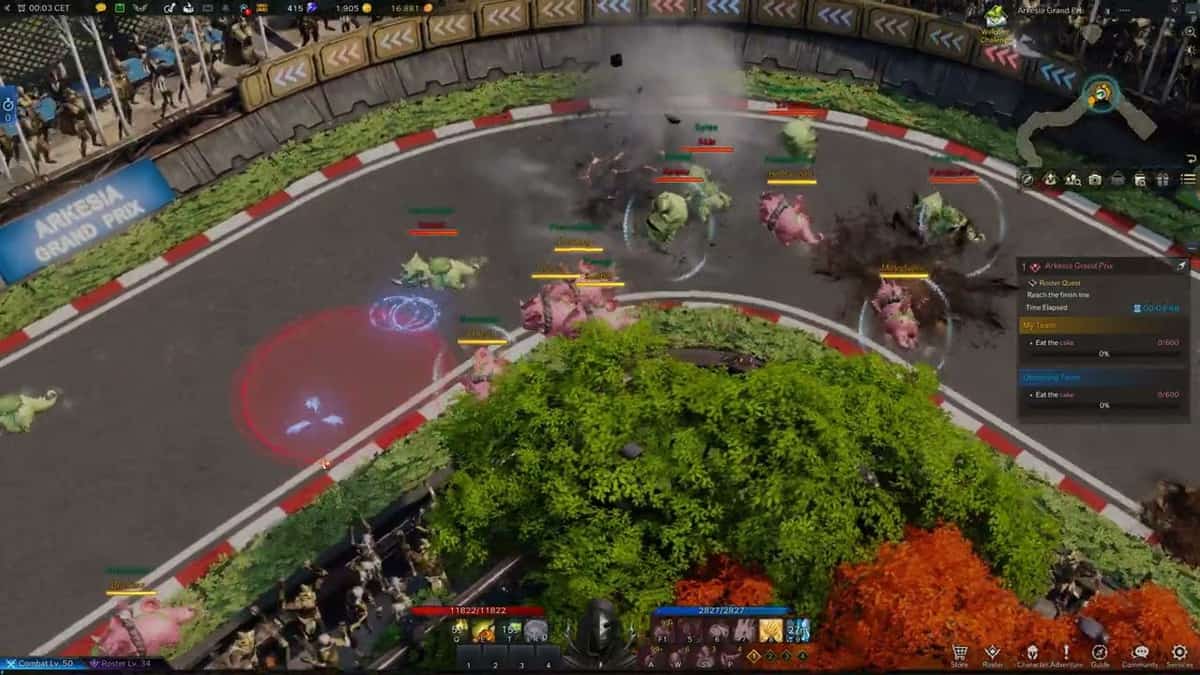 The Arkesia Grand Prix is a PvP race with a 7v7 format. Players control their own cute little dinosaur, known as a Naruni, and attempt to collect as many cakes as possible. In this guide, we will explain how to complete Off to the Races quest in Lost Ark and unlock the racing minigame.

Lost Ark Off To The Races Quest

You must be at least Level 50 to compete in the race. Once you reach the desired level requirement, you will be presented with an opportunity by the Arkesia Grand Prix Manager of Luterra Castle, who can be found to the left of the castle’s gates. The manager plans Naruni races in Arkesia’s major cities and selects the participants.

While the quest is being tracked, a pink circle on the in-game minimap will indicate a meeting spot for potential racers to gather in each city. Rather than having to travel to a specific city to race on time, players can race from any of the seven cities listed, as long as they are available by the time the race event starts up.

The Naruni races are scheduled throughout the day at the top of each even hour, for example, one at 10 a.m., another at noon, and so on, with a two-hour gap between races for those who miss out.

Once the player has completed a race, they will automatically complete the Off to the Races quest and gain its rewards.

Racing provides an additional source of Arkesia Event Coins, in addition to minor experience rewards for the player’s character and roster.

Participants in a light-hearted Naruni race can earn a few Event Coins if they do not feel very well confident enough to take on Chaos Dungeons or Guardian Raids.

Players can expect to return to racing to reap these rewards multiple times because Off to the Races is designed to introduce Naruni racing as a daily activity.

Players may also trade their hard-earned Event Coins for other high-tier awards at the Grand Prix Manager’s shop. While the manager offers many sorts of honing shard pouches and gear-engraving recipes, the manager also sells a one-of-a-kind Naruni-styled headwear that is unique to the player’s subclass.